A Conversation With Nina Raman

A Conversation With Malika Burieva

Malika Burieva is a voice we should all be listening to. An Uzbek-Turkmen American who was born in Miami, raised in Brooklyn, Burieva, 19, is now a university student studying journalism who is passionate about singing, writing, and sharing her perspective as a Central Asian woman in online communities where they are often left out. 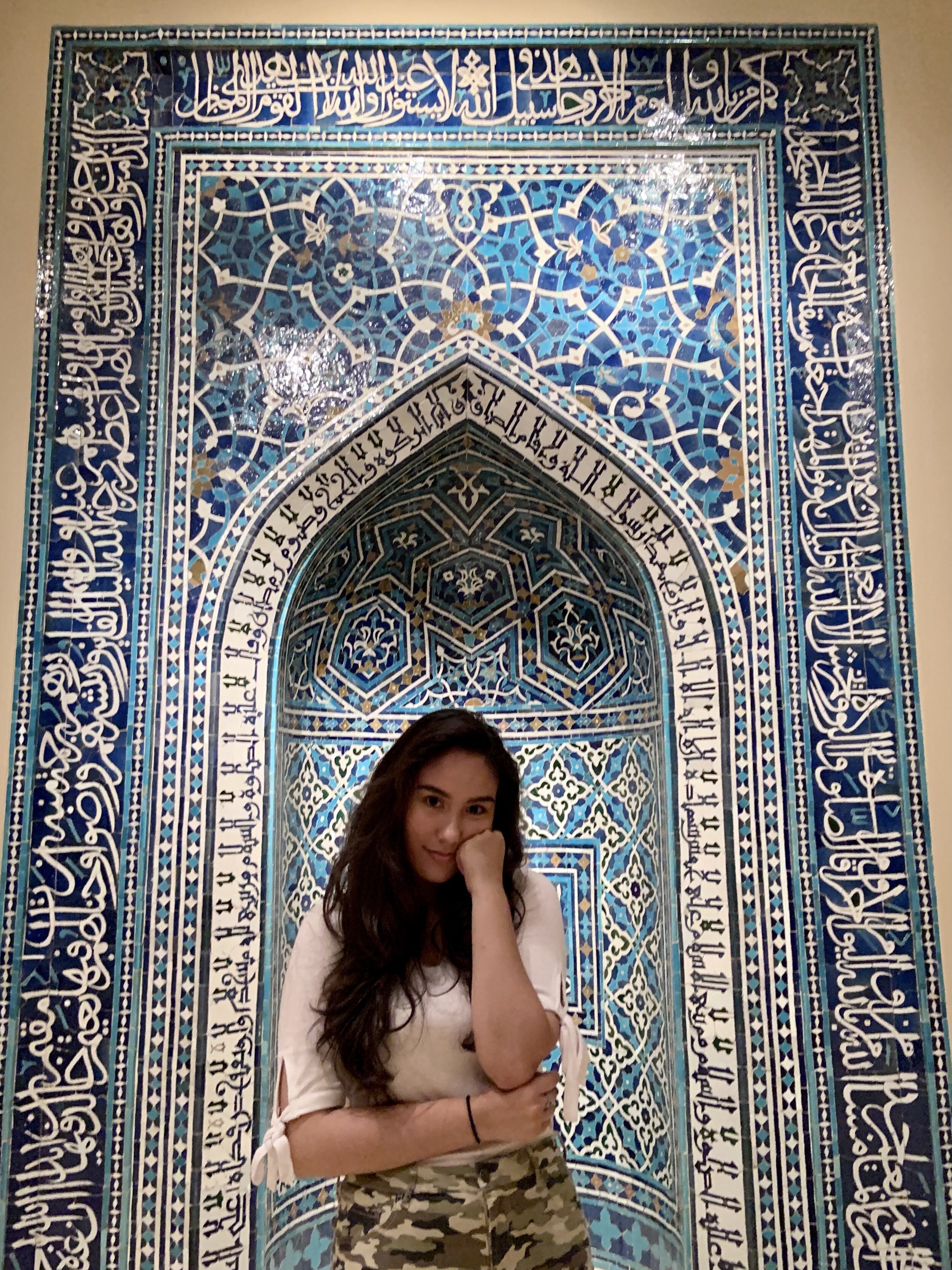 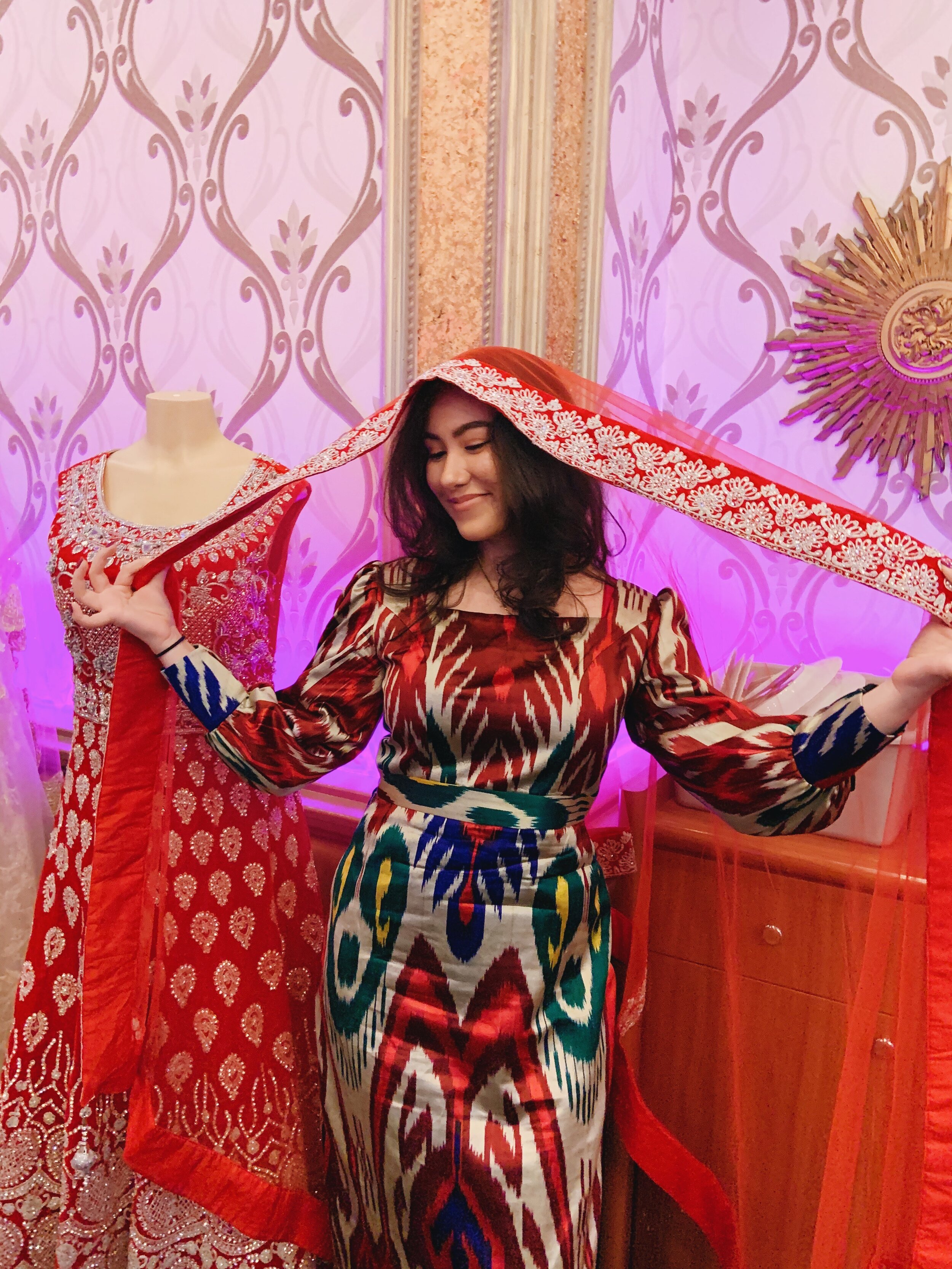 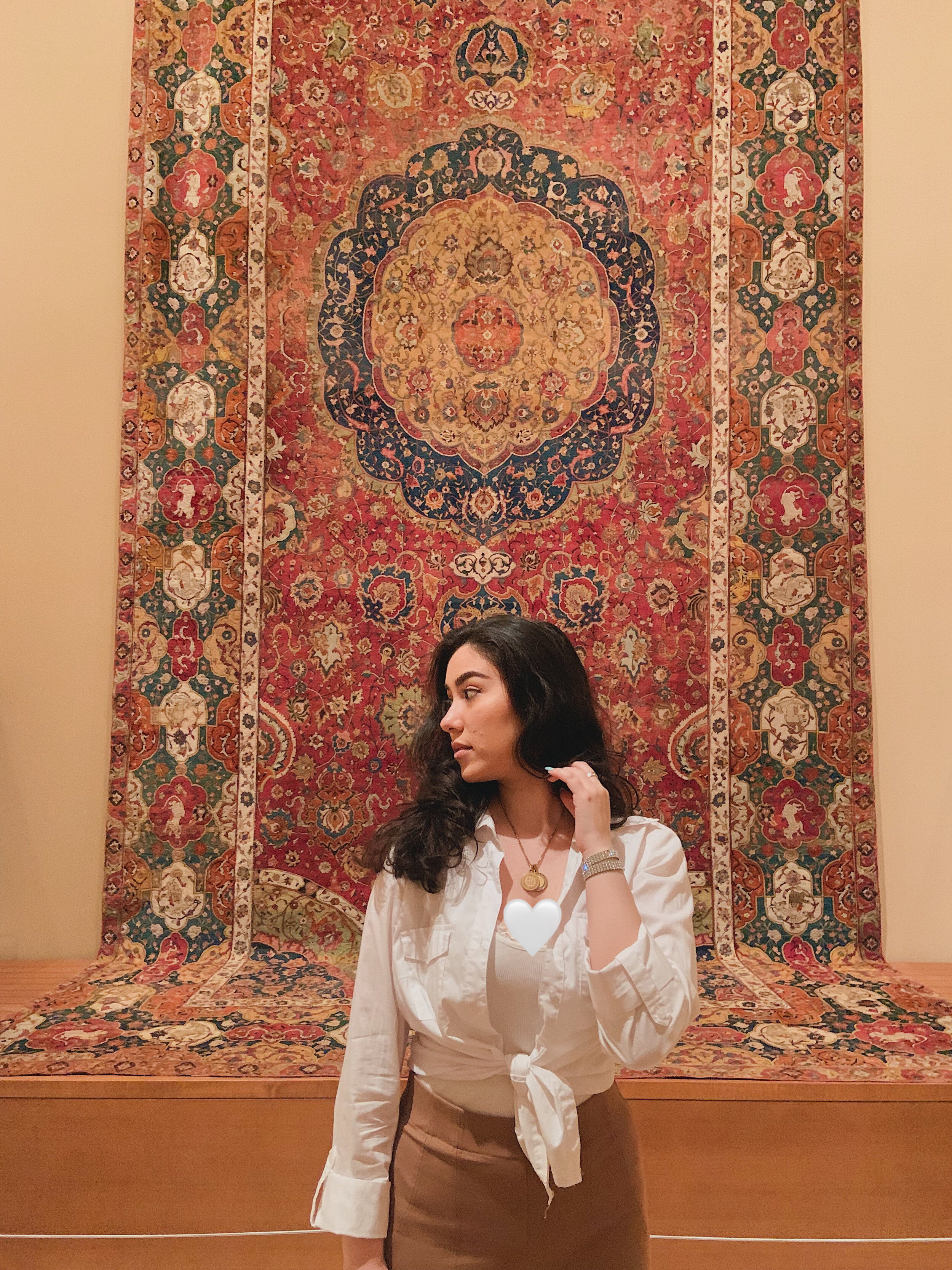 “Being on TikTok, I noticed very few Central Asian creators,”

Burieva says. “As upset as I was about the discovery, it was what led me to build my platform. I wanted to have videos on Central Asian culture for people to watch and relate to.”

Early on in Burieva’s life, she was drawn to the music, activists, and writers from her homeland of Uzbekistan, but she was introduced to her passions personally through her parents, Najmiddin Buriev and Inobat Burieva née Rahimberdieva. Her father, a popular singer, and her mother, a renowned journalist, both shared interests in each other’s crafts and their love for Uzbek instruments (such as the tar, the doira, and the chang). Their passions were evidently passed onto their daughter.

“Growing up, I was surrounded by classical Uzbek music along with the music of other cultures and languages,”

Burieva says. “However, aside from the culture at home, as a kid born and raised in Miami, Florida, I was never surrounded by rich Central Asian culture outside of the home. Due to this, I couldn’t communicate in my parents’ mother language—Uzbek. My family wanted me to learn more about our culture, which was why we made a big move to Brooklyn, New York, when I was 7 years old, where we currently reside. Brooklyn has a large community of Uzbeks, influencing me to learn the language, eventually. To understand the culture better, my parents chose to take me to Uzbek weddings…

“Seeing the beautiful culture and the way my dad sings was admirable, steering me in the direction of singing and my love for music.”

too much history to cover in 15 seconds ?? ##uzbekistan ##uzbek ##centralasia

Burieva also started writing for fun when she was little, jotting down every little thought in a journal. This love continued throughout middle and high school, leading her to join the Creative Writing Club and the school newspaper. She had so many interests, yet she was unsure what to pursue in college.

“In my junior year of high school, I had a major dilemma in being unsure of what to major in,” Burieva confesses. “I was thinking of diplomatic relations, although it didn’t quite make my heart flutter as the idea of journalism did. However, it’s not simply journalism that fascinates me, but news writing, radio, and public relations. Overall, I chose communications with a concentration on journalism, so it would be the best of both worlds. My mother was a journalist in Uzbekistan, and she is incredibly proud that her daughter is continuing her career in the land that people dream about.”

And while Burieva is not pursuing music as a career, it is her go-to comfort, especially when it is connected to her culture and resonates with her and her family.

“Similar to most, I’ve had rough times where I didn’t know who to turn to other than music,”

Burieva says. “When listening to music, I tend to feel at peace with myself and the world. Attending cultural events with my family, such as weddings and parties, and showcasing my talent, has given me the gift of confidence and power.”

As a first-generation Central Asian daughter of immigrants, Burieva understands the challenges she faces as well as the privileges she has compared to others, especially within her family.

“The pressure is intense, yet I believe in my capabilities and talent,”

Burieva says. “I believe in standing out, and…[some people] don’t want others to be different and stand out, which is why they turn to actions that hurt them. Specifically for minorities, however, comes the challenge of achieving the American Dream.

I’ve had the experience of seeing my family wanting nothing more than being American. It was the reason why they never had a problem with English being my first language, consequences arose with that, and they realized I have to connect back to my roots. This comes to show that the American Dream isn’t everything; there are consequences to it.”

So through Burieva’s videos on TikTok, and hopefully more on YouTube again soon, she hopes to amplify that message that no one should hide who they are for the sake of blending in, specifically using her voice to help  Central Asian and Uzbek girls gain confidence in themselves. 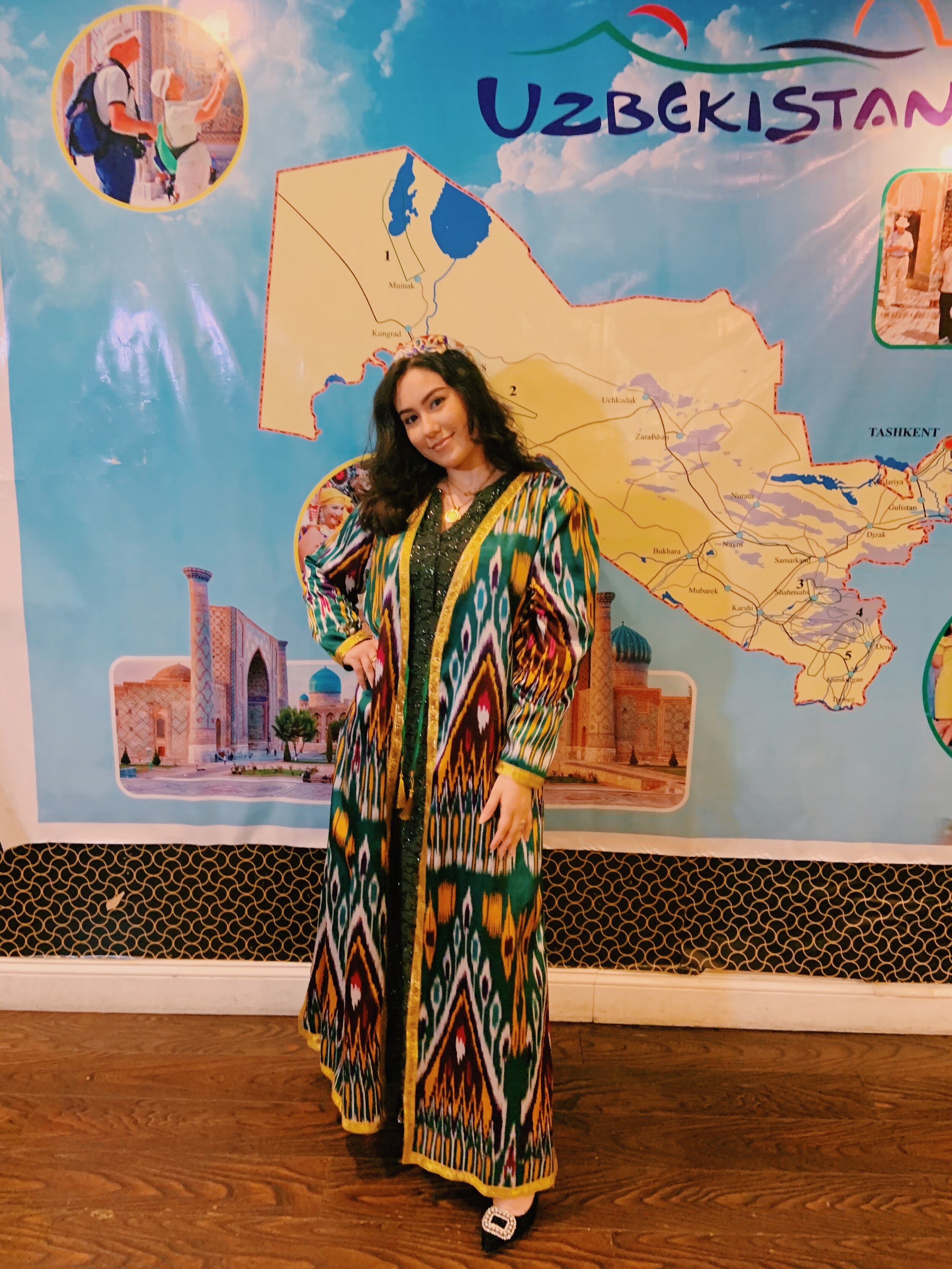 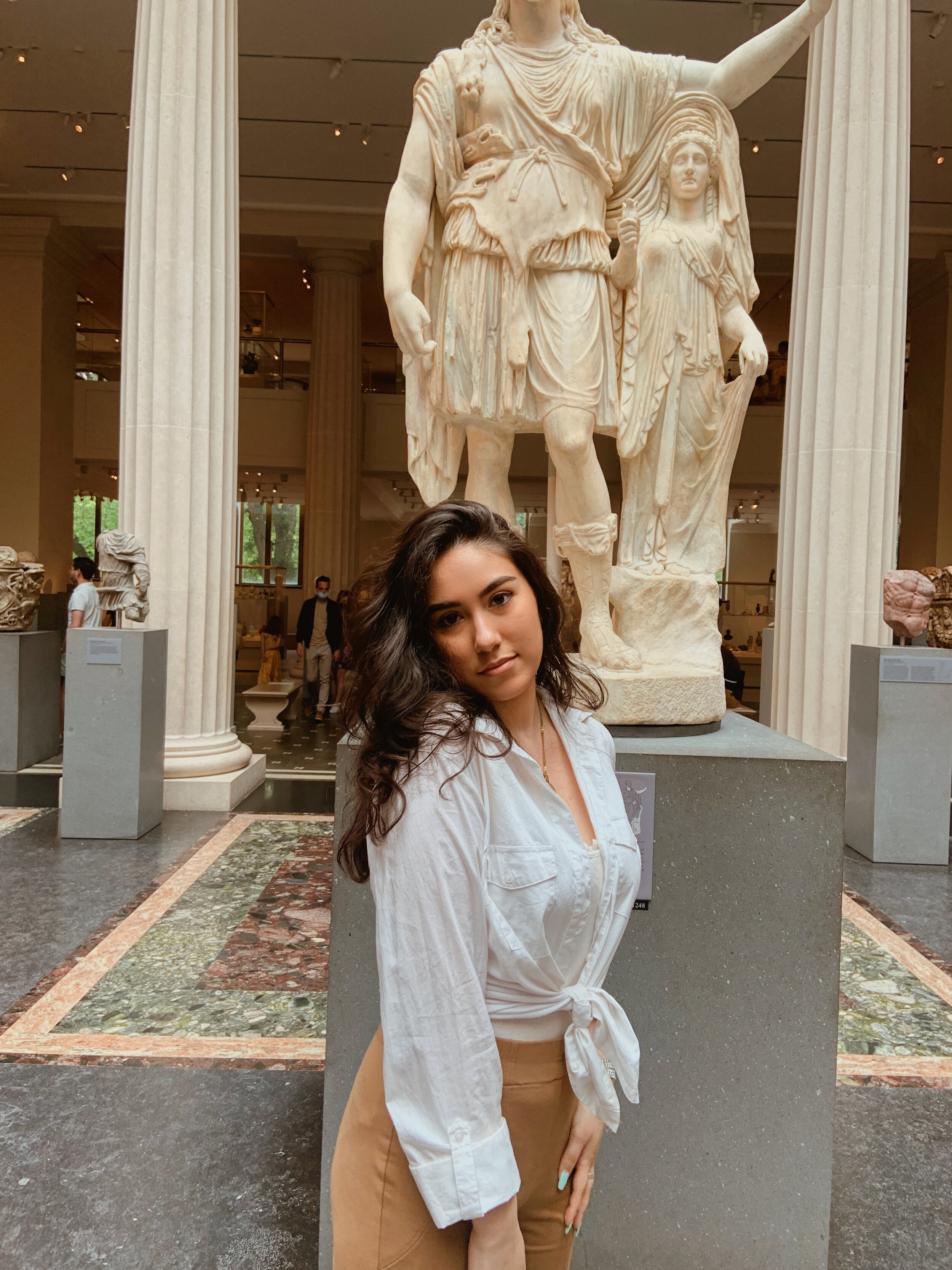 “People will always have things to say, but if you focus on that, you’ll never be able to pursue your passion,” Burieva says.

“Have the motivation to keep going; sitting around will never help.”

Malika Burieva is a TikToker focused on empowering Central Asian heritage. She enjoys reading, writing, singing, and making TikToks that express her creativity. She loves visiting museums as an art history enthusiast, and she relishes watching foreign films and listening to foreign music.

Next
Your Daily Chinese and Western Horoscopes, Friday, July 30