A Conversation With Keiko Hisaoka and Cocoro Auction

Cocoro Auction is a Kainsai, Japan-based band, including members Masayuki Awako, Tenmei, Yuji Ohno, and Satoru Ikawa—all managed by the Japanese female band manager Keiko Hisaoko.  In an often male-dominated industry, it is exciting to feature a band led by a female manager, Keiko.  So, at her request, here is an interview with Cocoro Auction, set up through Keiko and her work!

I am Masayuki Awako, in charge of singing and guitar in Cocoro Auction. I was born in the countryside, surrounded by mountains on all sides, and used to play in the river when I was a child. I like shrines and temples. I like to eat sushi. I am very curious and don’t like being alone.

I’m Yuji Ohno, a bassist, arranger, and composer. I’m also the leader of Cocoro Auction. I’m originally from Chicago, USA, but I returned to Japan after only six months, so I don’t speak any English. However, when I was in elementary school, I went to the U.S. on a trip and bought a Chicago Bulls hat, which I still keep with me.

I’m Tenmei, the guitarist in the band. I was born in Kobe, Japan, a city surrounded by the nature of mountains and sea. Lately, I’ve been into cooking, and I enjoy making people happy even by cooking.

I’m Ikawa, and I play drums in a Japanese band called Cocoro Auction. My hobbies are drawing illustrations and making videos, and I have a channel on YouTube called IKAWA CHANNEL! 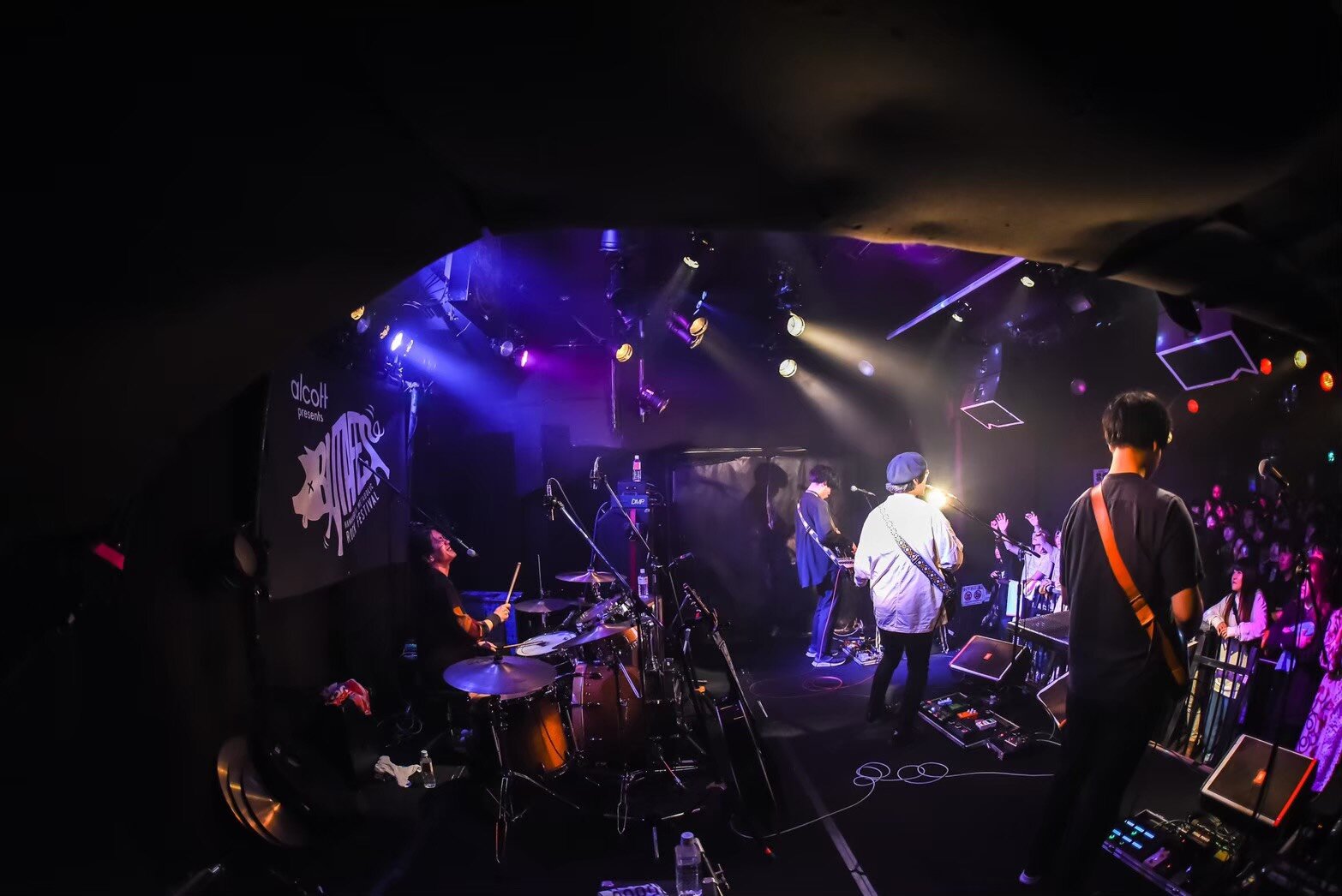 Yuji Ohno: Cocoro Auction is a rock band formed mainly by college classmates. We have performed at many of Japan’s famous rock festivals and are now producing a diverse range of music that defies genre. In addition to music, we also produce unique goods inspired by our songs, which are always well received. 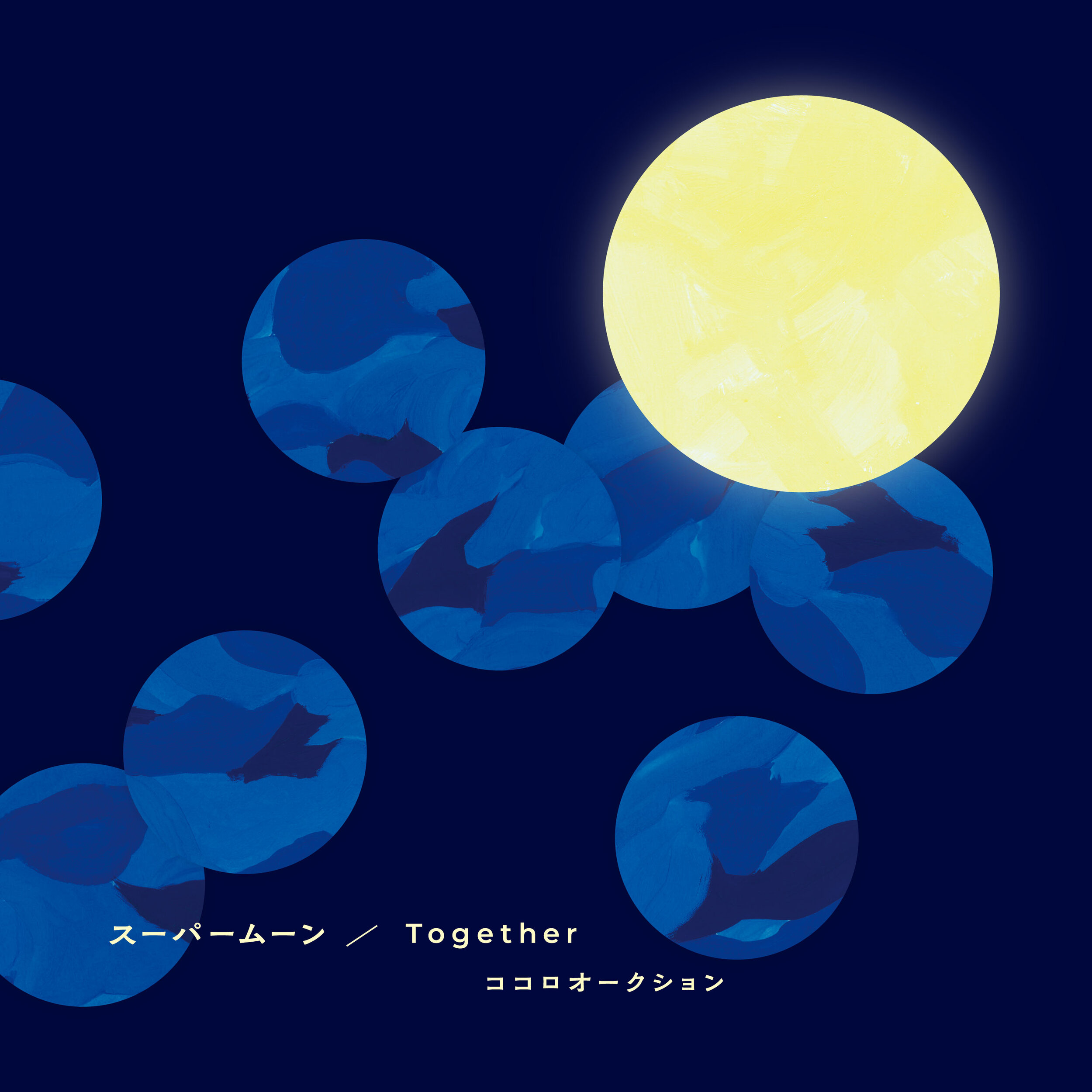 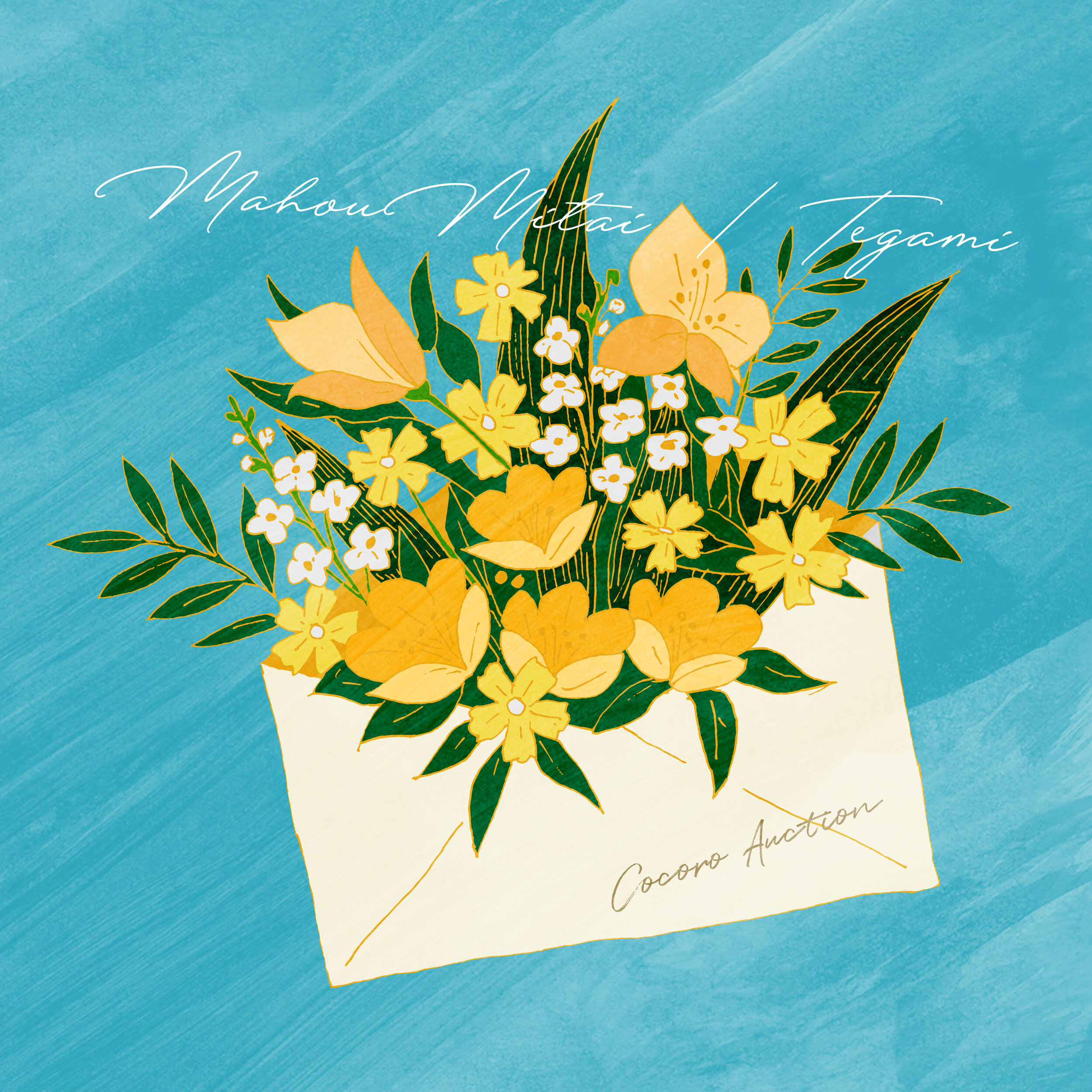 How did you first get involved in the music industry?

Masayuki Awako: I was approached by a guy at a live music club I played at when I was a student, and he said, “You have a great voice, I want you to play again. He told me to form my own band and become a professional, and that’s when I started to get serious about music.

Who inspires you?  Who are your role models?

Where do you find inspiration for your music?

Yuji Ohno: I am inspired by the original landscape of Japan. I also check American and British POPS every week for reference.

How has this time of COVID-19 affected you and your music/career?  How have you been coping?

Ikawa: Not only were our live performances canceled, but the restaurant I was working at on the side is now almost impossible. I have been living off my savings.

What does self-care mean to you?  How do you take care of yourself?

Tenmeid Washing my face when I wake up in the morning and before going to bed at night. I also eat a boiled egg every day. This motivates me to look at myself in the mirror every day and see how happy I am.

Is there any advice you wish you had when beginning your career?  Any piece of advice you have for others pursuing their musical dreams?

Ikawa: I want to be exposed to a variety of instruments, not just my own part. Recently, I strongly wish I had started writing lyrics and composing music from the beginning of my career. I can do everything by myself! I think that’s a very wonderful thing, and I think it’s good to include it in your goals.

Here are some rapid-fire questions:

Your usual coffee shop order: Masayuki Awako: Cafe au lait or wiener coffee.
Any special or secret skills (i.e., wiggling your ears, etc.): Tenmei: I can do laundry, washing dishes, and cleaning with a smile.

Music you’re listening to right now: Yuji Ohno: I have always been a big fan of Coldplay. The recently released “Higher Power” is also a great song, and I’ve been listening to it a lot. I am also a big fan of Taylor Swift, and folklore and evermore are my favorite albums.

What has been the highlight of your day today: Tenmei: The chicken cassava meat was very tasty!

What is upcoming for you and your work: Yuji Ohno: We hope to release another new song by the end of this year. I would like to create a song that can be listened to by many people overseas.

Keiko Hisaoko’s the manager of the Japanese band Cocoro Auction.  Working for Gerbera Music Agency, she works to advocate for these artists and share their music with the world.

Cocoro Auction is a rock band from Kansai, Japan.  The band consists of Masayuki Awako, Tenmei, Yuji Ohno, and Satoru Ikawa.  The band was formed at Kansai University’s Parlour music club and began its full-fledged activities in 2011.

In 2011, Cocoro Auction performed at “eo Music Try 2011,” the largest music contest in the Kansai region, and made it to the finals out of 681 entries, winning the grand prize of 1 million yen.  In 2014, their mini-album “Nijiiro no Dice,” which was distributed nationwide, was loved by many people, and in 2016, they made their major debut with their mini-album “Canvas.”  Their music video, “The Summer Quadrilogy,” has been viewed more than 5 million times in total, and they have appeared in many music festivals and circuit events.  Their new singles are out now!

Next
LGBTQ+ History In India