A Conversation With Keiko Hisaoka and Cocoro Auction

Interview with Meghna and Movina Nagarajan

A Conversation With Brinda

Scroll through Brinda’s Instagram, and you see a glimpse into the proud and confident queer, South Asian, non-binary individual that Brinda is. This confidence and grace definitely translate into real life when I met them over the last week to speak about heritage, empowerment, mental health, and Pride. 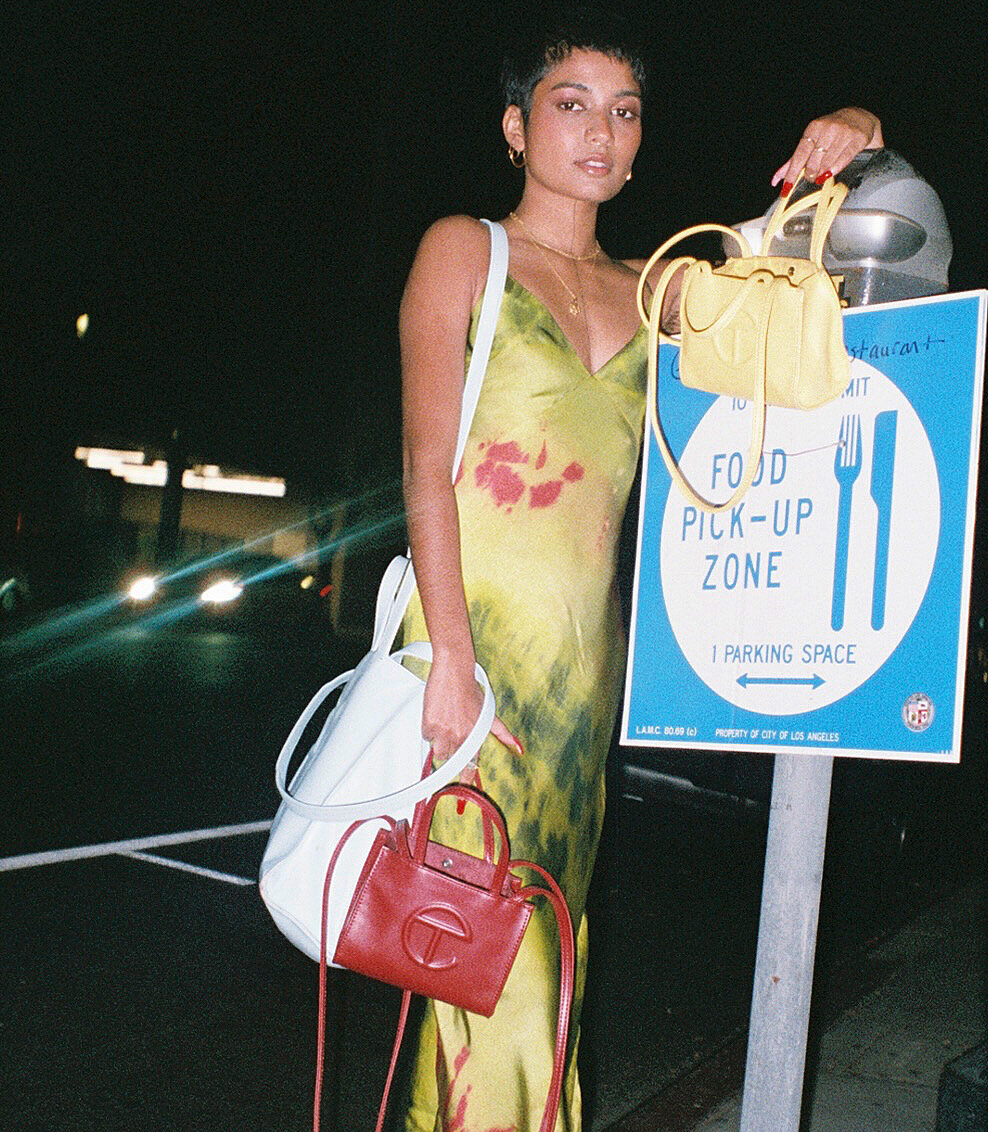 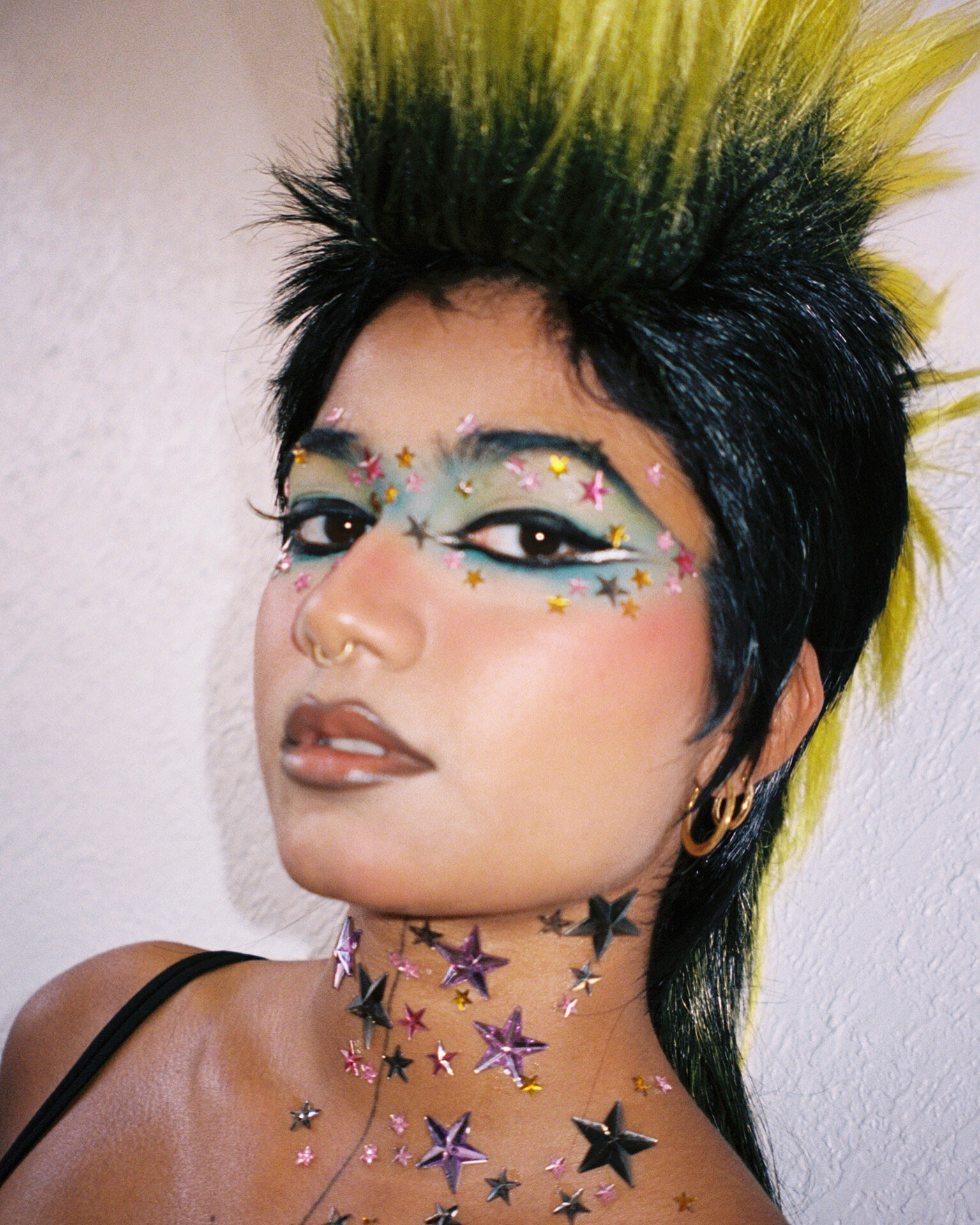 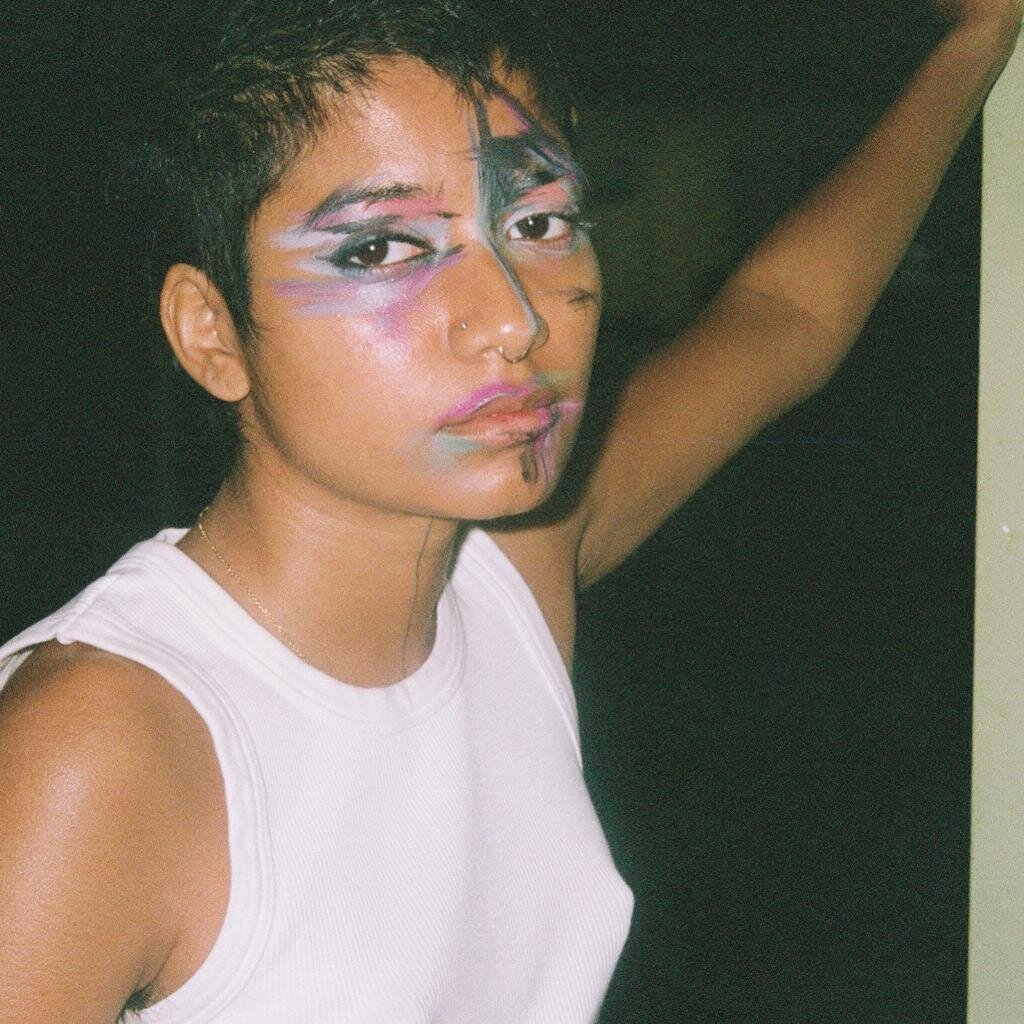 Brinda (they/them) is a model, activist, creative director, and performance artist. A first-generation child of immigrants, Brinda has always felt a strong affiliation towards Central India— the region where their parents grew up. But Brinda’s background is more than just India and the U.S; they described having a “global upbringing,” moving from the States to Canada and to India and Malaysia.

“I think my parents helped me navigate this sense of belonging, not just within a continent or a country, but within the world,” Iyer revealed.

They added that their multicultural upbringing shaped much of their core being.

“It’s taught me forgiveness and how to move around conflict.”

“A lot of the time, we grow up in a bubble, and we’re very insulated. Sometimes when we communicate with others, there tends to be personal differences. But being raised across borders was definitely an eye-opening experience,” they shared. Having such a diverse background also helped them embrace their queerness. They said: “Something I read recently by Bell Hooks goes a bit like ‘Queerness is not just about the identity of the person you’re sleeping with; it’s embedded within you, there’s a difference in the way you view the world and the way you interact with the world.’ And that could be a very beautiful thing! I relate to that with my background growing up meeting so many people and having such expansive experiences growing up.”

There is no denying that heritage and culture have influenced Brinda. To Brinda, heritage is a symbolism of history and culture is an ever-evolving construct. Brinda recognizes the power of honoring heritage but acknowledged that much of what culture and conventional wisdom dictates is restrictive and oppressive to certain marginalized groups. “Anyone who isn’t South Asian or grew up without the knowledge of that background views Hinduism and India as this beautiful, colorful melting pot, and it is! But oftentimes, they forget, or they don’t know that there has been a lot of trauma within that country and within the forming of that country,” they continued,

“I can honor my heritage, my ancestors, and my lineage. But at the same time, I can see how culturally, there have been a lot of differences that paved the way for violence and oppression. Moving forward, it’s my hope that we can keep evolving culturally and make space for marginalized folks and communities.”

Brinda also spoke about grappling with and understanding their identity while growing up in the States. Racial profiling and discrimination were rampant following the aftermath of 9/11, and Brinda, being of South Asian descent, have seen how it affected those around them. They relate to the notion of being an outcast, especially because they aren’t a conventionally gendered person. However, Brinda finds beauty and strength in being unconventional.

“I really respect myself, and there’s a lot of room for self-love.”

“I’m like, no one sees this, but I do. I think that’s something that has kept me afloat while navigating the [modeling] industry, navigating how people view me, and how I view myself. It’s just learning how to create space for myself and making sure I don’t lose my identity amidst all the background noise,” they said.

As a model, Brinda’s portfolio consists of both commercial and creative work. Their philosophy when it comes to modeling is the “celebration of life.” They expanded on that, saying, “I like to view modeling as something expansive. We can take space, even during difficult parts of our lives, which I feel like is something that we should document too.” Even though Brinda agreed that the modeling industry had made strides in terms of inclusivity and diversity, they believe that there could be more progress.

“With this cultural evolution, we’re really embracing different identities and people. But it’s also my hope that brands continue to make genuine improvements and not tokenize people. Sometimes I do feel tokenized as someone who fits into a very niche identity.”

“I can’t be put into one box, and that, in and of itself, is so liberating.”

Brinda is a highly creative individual, dabbling in photo documentation and several artistic endeavors. They also co-host the underground QTBIPOC-centered radio show Gulab Gang (@gulab__gang) alongside Sukhpreet Kaur Purewal (@sukhpreeeeet). For them, getting involved in the arts was a natural progression. However, pursuing an artistic career was no easy path. They experienced pushback, especially from their own family and community, for not adhering to traditional expectations.

“So often we are pitted against each other, especially under the model minority myth.”

“To be honest, I don’t think I’ve felt as ostracized on a day-to-day basis versus being around other South Asians. In those times, I feel like I’m a unicorn in the room that nobody understands or relates to.” They also divulged that they still struggle with feeling accepted.

“If I can’t walk into that kind of space with the confidence that I normally would have otherwise, then I question if I really made strides in being confident in my own identity amongst my own people.”

Brinda sees this as a form of motivation, though. By being visible and amplifying voices like theirs, they hope to see a collective change in mindset and help others be comfortable expressing themselves and their individuality.

Additionally, Brinda is actively engaged in mental health advocacy. Throughout quarantine, they were able to stay grounded by being connected to nature and practicing meditation and yoga. Self-care to them is a very spiritual process, and this led to them enrolling in an Ayurvedic massage therapy program. They emphasized that self-care also extends to practicing care for others.

“Being able to practice self-care and care for others in this grassroots way is very humbling. Even though a lot of the violence that’s happening, I see moments of joy amongst my queer and trans kin, and it’s been lovely being able to amplify those moments of joy.”

And finally, when asked how they have celebrated Pride, they replied,

“By celebrating love! By embracing my friends, amplifying my queer and trans kin, and giving back to whoever I can. I feel like I celebrate Pride every day because of the celebration of the self, and I am proud of who I am.”

Current on-repeat song: “You Keep Me Hanging On” by Kim Wilde.

Favorite place to visit: I’m currently in my favorite place right now, I’m in New York. I am surrounded by so many people, and it’s just a beautiful feeling. It’s also just beautiful to witness moments of humanity.

Brinda (they/them) is a freelance model, creative director, activist, and performance artist. Based in LA, they have roots in New York, Pune, and Mumbai. Through their art and activism, they aim to break race, class, religious, and gender stereotypes while celebrating the self. They can be seen featured in American Eagle, Solar Mag, and Vice. When not working on their art, they can be found amongst nature and practicing Ayurvedic massage therapy.

Next
LGBTQ+ History In India