A Conversation with Annie Tan

It was the year 4039, thousands of years since the demise of Homo sapiens.

On Monday evening, April 12, I logged onto Zoom to meet with Yvonne Chapman, who was on the other side of the continent in Vancouver, British Columbia, where it was still early afternoon. Chapman is a Chinese-Canadian actress who is currently starring as Zhilan in one of the CW’s new shows, Kung Fu. The series premiered on Wednesday, April 7, and is one of the many projects that Chapman has been a part of.

Chapman was born and raised in Calgary, Alberta, but moved to Vancouver to pursue acting over six years ago. She went to the University of Calgary and majored in finance, settling into a corporate job. When she took a course in acting after she graduated as a stress reliever for her job, it rekindled her love for it, but for years, she never thought it was a possibility.

“I always thought actors had to be super extroverted and confident, and I was never like that as a kid,” Chapman says. “But I loved stories, and I would play-act in my bedroom as a child by myself…But because I was very shy, I always thought being an actor wasn’t a possibility…It took me years to get the courage to pursue it.”

After moving out to Vancouver, Chapman took on a variety of projects from short films to TV movies to smaller roles in big shows like The 100 and Street Legal. Going from set to set, Chapman has grown to love the atmosphere, and while she still considers herself to be more introverted, she feels comfortable in front of a camera.

“It’s hard to explain…but all of a sudden, the camera rolls, and I’m just in that moment,” Chapman explains. “It’s as if the veneer of the characters I get to play provide a protective shield of sorts. I aim to be just the character in that moment, and then everything else kind of fades…now, it’s more exciting than it is nerve-wracking. And I love being on set. I get to meet wonderful, creative people, and each experience is new.”

Looking back on how she was before she decided to go into acting as her career, she sees how much it has changed for the better by helping her blossom past her shyness.

“I don’t plan to, but let’s say if there was a scenario where I went back to my job in corporate finance, I think I’d be better at it because acting really engages you to be comfortable with who you are,” Chapman says. “You get to know a lot about yourself because to do good work as an actor, in my opinion, requires vulnerability and honesty. It’s taught me a different level of communication and engagement with people, which is something I think can be valuable to anyone in any industry. So, in retrospect, when I worked in corporate finance, I definitely could have used more of that. And it would have helped my career and also would have benefited those around me.”

As for how she approached her newest experience of playing her character Zhilan on Kung Fu, she—like many would be—enjoyed playing the villain for a change.

“She is alluring, she’s dangerous,” Chapman says. “She has an incredibly interesting complexity to her because of her backstory…which, to me, gave her so much more color than just being a bad guy…I really see her as a hero of her own story…She thinks she’s doing everything for a greater purpose, and I really buy into that.”

As an actress, Chapman and her characters end up contributing to Asian representation in Western media, and she touches on the importance of normalizing fleshed-out Asian characters on screen, specifically hoping for Asian characters in film and television to be seen as relatable to all audiences.

“A lot of people [should] be able to see and recognize themselves [in these characters], even if they’re not Asian,” Chapman emphasizes. “No one should be made to feel like they don’t belong, as if they are other or foreign. We celebrate our differences and culture but also highlight how we can relate to each other. There are so many universal truths about family, love, and relationships in this show that no matter your background, you will connect with…It’s important that we start to bridge gaps of misunderstanding [through representation].”

“[But specifically with Asian women], the first stereotype I think of is being meek and quiet,” Chapman continues. “Stereotypes like that have put us in a diminishing position and are associated with weakness. I refuse to buy into that and believe that someone who has those qualities isn’t also powerful and strong…We need to fight against stereotypes that denigrate and reduce us into certain categories of what Asian women are.”

Chapman has done so much already in her career, and she is definitely up for the possibility of doing more writing and directing the future—which she has done already through a few short films. And while acting is her main focus, there’s no telling what else her future holds.

“You may never feel fully ready,” Chapman says, specifically on what advice she would give young Asian girls who want to pursue a career in film and television. “You may have a lot of doubts and fears in your mind, but if this is something that you can’t stop thinking about, that you love – I encourage you to at least try, in any capacity. For me, it started with that acting class and grew from there. And just know that it’s never too late to start and put in the work to accomplish what you want.” 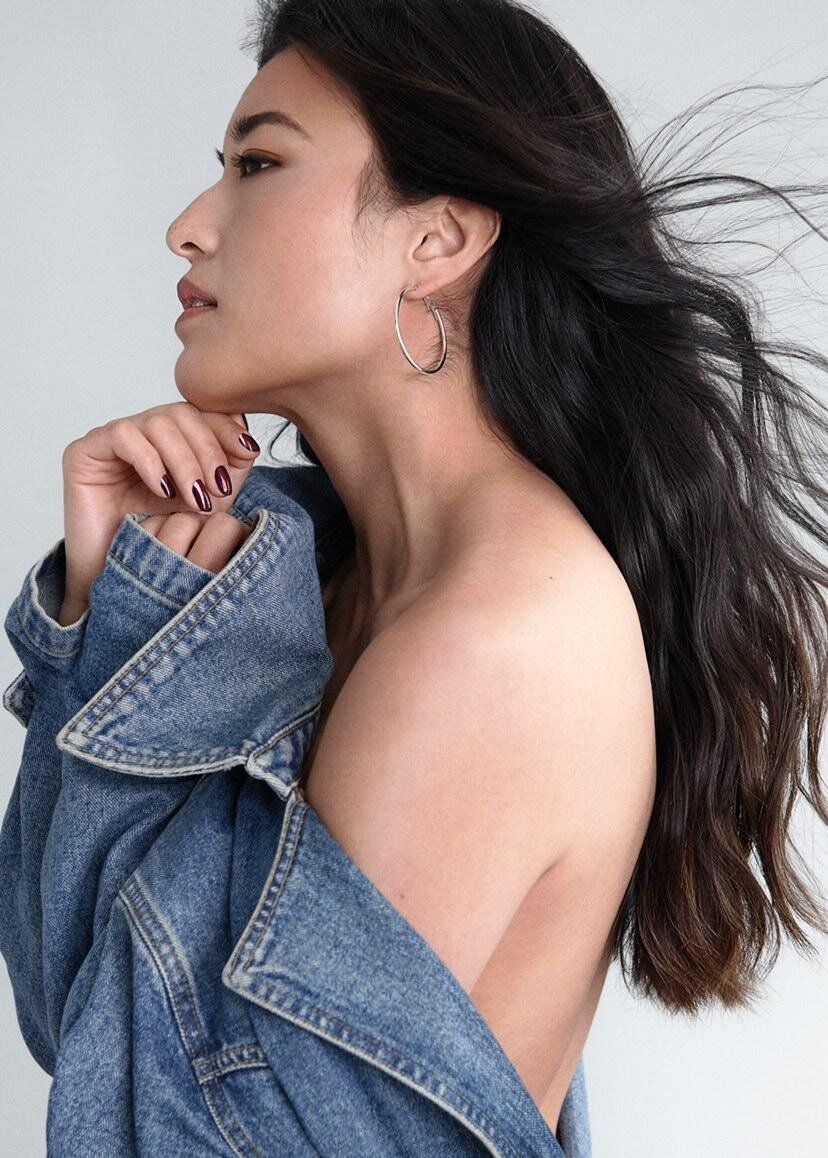 You can find Yvonne Chapman on Instagram (@ypchapman) and Twitter (@yvonne__chapman) and in her new show Kung Fu on the CW Wednesdays at 8 PM EST.

Yvonne Chapman is an enigmatic talent that draws audiences in with her self-possessed confidence and charm. Despite having a successful career in finance, she decided to follow her passion for the arts and leave Calgary, Canada, where she was born and raised, to pursue a career in acting. Not only did the industry welcome her with open arms, as she quickly began booking coveted roles, but she found herself achieving beautiful things in writing, producing, and directing as well. This April, Yvonne will recur as the cunning assassin Zhilan on CW’s anticipated new series Kung Fu which premiered April 7. She will also recur on Global TV’s Family Law. Previously audiences have seen Yvonne in CW’s The 100, ABC’s The Crossing, and most recently, she had a series regular role in CBC’s Street Legal, a reboot of the hit television series from the 80s.

Previous
Orientalism and the Yellow Peril: a Brief Look into the Cornerstone of Racism Against Asians in America
Next
April I Issue: Poetry Roundup