Shang-Chi and Why I Am Excited for the Asian Community

I remember how excited my middle-aged, Chinese father was for an Asian character to be featured in a Star Wars movie. He had unequivocally been a fan of the franchise since the first film was released in 1977, but grew even more attached seeing Donnie Yen star as Chirrut Îmwe in 2016’s Rogue One: A Star Wars Story. In his elation, my father even bought my whole family Funko Pop figures of the character to celebrate. It was something new, something fascinating.

When the Shang-Chi and the Legend of the Ten Rings (2021) movie trailer released recently, I saw the same excitement on his face. The first Asian superhero to grace the Hollywood big screen as the titular character, accompanied by a full Asian cast and starring beloved Canadian actor Simu Liu? Ecstasy. But the sentiment was just an extension of the growing power that a lot of the Asian community has been feeling in recent years with entertainment media. It’s also why I can feel that Shang-Chi will be a large tipping point in the continuation of the excitement and empowerment of the Asian community — on and off screen.

To preface, this movie won’t fix Marvel’s long history of racism, white-washing, and lack of representation in their comics, company, and films by a long shot. Older comics are ripe with yellowface and orientalism, and recent comics aren’t totally exempt from this either.

Current Editor-in-Chief of Marvel Comics C.B. Cebulski was called out in 2017 for creating an Asian pseudonym and persona to write comics under — of which he casually apologized for and wished that everyone would just “forget” about. This, along with the overbearing number of white comic creators and the incredible struggle Asian ones face to break through, just shows why they kept him on. It’s a miracle that Shang-Chi has an Asian director and writer. 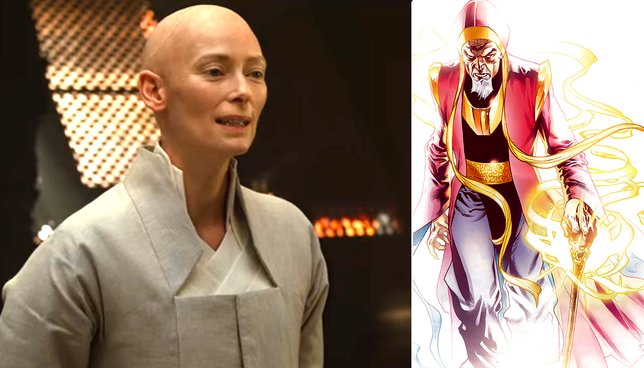 Tilda Swinton will be playing Tibetan mentor Ancient One.

Doctor Strange (2016) had white actress Tilda Swinton replace a Tibetan character to appeal to a Chinese audience, and because the all-white writers couldn’t think of a way to write an Asian female without making her a Dragon Lady. Netflix show Iron Fist in particular was a one-dimensional, white saviour-based attempt to reconcile the character’s orientalist history with our present. Not to mention the white-washing fiasco that is Scarlett Johanson, who is still playing Black Widow in Marvel movies.

Iron Man 3 (2013) had similar problems with The Mandarin, a Chinese villain, played by half-Indian actor Trevor Slattery, which was revealed to be masqueraded by a British actor, a weak attempt at subverting Yellow Peril stereotypes. Shang-Chi’s revival of The Mandarin, having him replace comically racist Fu Manchu as Shang-Chi’s father, seems like a lukewarm apology by Marvel for their past and current discretions. I really only credit this change in heart to the growing calls for Marvel to feature more than white men in their titular roles, and for the growing sentiment in Holywood to consider diverse stories, not from any goodwill of Marvel’s own. Nevertheless, they listened to the calls and appear to be making amends, but they shouldn’t entirely be forgiven. 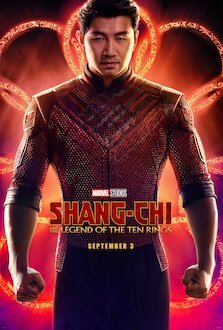 Knocking Down the Door: Fashion and Queer Asian Identities

All of this is to say that the release of Shang-Chi won’t suddenly get rid of all Marvel’s racist discretions, and that there won’t be any in the future, but that it marks a change in western Asian culture. Of course, one film can’t solve the centuries of Asian oppression and distaste that has found its way into society and media, but it can be a catalyst. It’s been documented that media has the ability to affect reality and change lives. With Asian representation in western media in particular, factors like the model minority myth and tokenism can have an impact on how children see themselves and the opportunities that Asian people have in the entertainment industry.

The wild box office and community success, and subsequent celebration by the Black community of Black Panther (2018) serves as an example. Many hailed it as a “revolutionary” and “groundbreaking” part of Black culture. Some even called its representation and cultural importance the “Black Panther” effect. Gone were the days of having to choose which white superhero Black children had to choose to dress up as for halloween and to idolize. They finally had a figure in the popular consciousness that looked like them, that spoke to and for them.

The platform and reach Marvel movies have in the global pop culture realm mean that Shang-Chi is going to have the same effect for East Asian people, particularly western audiences. It doesn’t even matter if the movie has a bad plot or character arcs, kids are still going to want to dress up as him for Halloween and East Asian people are going to feel that they can stand up there with the rest of the pantheon of heroes. It’s already had enormous positive fervour on social media, a refreshing comic revival, and unmeasurable effect on the community it’s representing.

I already see the myriad of Shang-Chi toys that my little cousin is going to play with and his lit-up eyes when he talks about the hero, his hero. I picture my father staring at the big screen with child-like wonder, wishing this movie came out when he was younger but grateful it’s out now. I imagine kids performing martial arts moves and saying “I’m Shang-Chi” when asked what they’re doing. I feel the large impact that this movie is going to have for a population so extensively neglected in not just Hollywood and pop culture realms, but the greater societal one as well and I’m ecstatic. And this is just one part of the extensive Asian community being empowered. Think about the doors this film will open for other characters of a multitude of other Asian communities to be portrayed on the big screen.

Shang-Chi and the Legend of the Ten Rings won’t solve everything, but it has the potential to bring more empowerment to the Asian community than any before it. I can’t wait until a feeling like my father’s sheer satisfaction with Rogue One isn’t something new, but something incredibly normal.

On Representation in the Academy

Book Review: Everything You Wanted by Nina Raman

Asian Bridal Makeup: A Makeup Artist’s Guide To Getting Your Wedding Look Right

Previous
Orientalism and the Yellow Peril: a Brief Look into the Cornerstone of Racism Against Asians in America
Next
April I Issue: Poetry Roundup