The History of Hijras: A Glimpse Into Queerness on the Other Side of the World

Orientalism and the Yellow Peril: a Brief Look into the Cornerstone of Racism Against Asians in America

The Audacity of Andrew Yang

As the editor in chief of a digital platform for Asian women, non-binary people, and gender minorities, I have devoted my life to giving these people a voice. This includes communicating to Asian cisgender men that they, in fact, do not speak for us, and attempting to show that the ignorant opinions of a few do not represent all of Asian-America in particular. It appears that, despite the prestigious education we can’t seem to stop hearing about, this is a concept wholly unfamiliar to former U.S. presidential candidate, current New York City mayoral candidate, and all-around disappointment to the community Andrew Yang. Yang has been criticized, mainly by Asians, for failing to address or embrace his Asian heritage.

In an interview with Politico that, for all my experience in media and government, I cannot understand which imbecile of a campaign staffer believed to be a good idea, Yang has proudly shown up for his community in their hour of need to embody every stereotype of the model minority.

During his presidential run, Yang had exhibited an awkward relationship to his Asianness at times. He joked about knowing lots of doctors because he was Asian; he slapped “MATH” (“Make Americans Think Harder”) onto campaign swag; in his campaign biography, he referred to being “self-conscious” when a childhood bully asked if “Chinese guys have small dicks.” At the beginning of the pandemic, he wrote an op-ed urging Asian Americans to fight back against a swell of xenophobia by, among other things, wearing “red, white and blue.”” 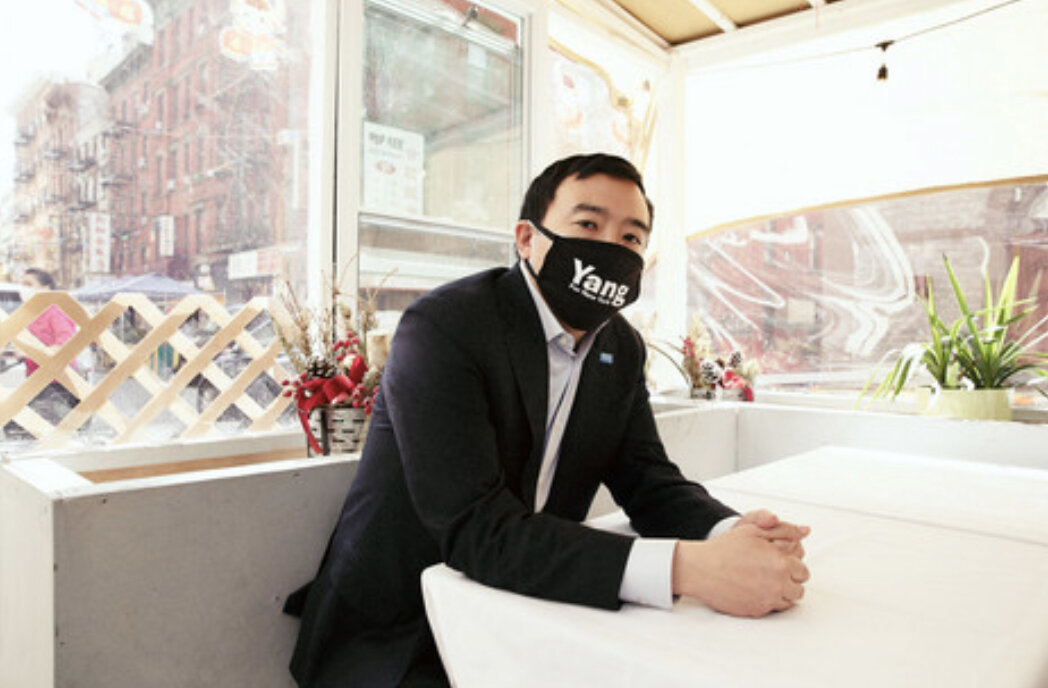 From jokes that fail to land about Asians being math prodigies and doctors, to awkwardly trying to prove that he’s hip with the immigrants with his love to Peking duck, what seems to be intended as a love letter to the Asian-American community of New York reads more like an SNL skit.

With the utmost respect, Mr. Yang, while my heart truly goes out to you for the tiny dick jokes you had to endure in junior high, my community is still healing from a wave of hate crimes and mass shootings, and we don’t have any sympathy to spare. It’s time to stop centering mediocre Asian men at the heart of conversations on Asian-America.

Previous
The Special Feature on Asian Hate: Miss Demure
Next
Will You Hurt Me Because I am Just an Asian Girl?