Interview with Isabela Rittinger of the International Macanese Youth Forum

A Conversation With Janani Sharma

At times we are burnt out, overwhelmed and exhausted. Since we live in a society where not working isn’t an option, we feel like we have to overwork our minds in order to achieve success. It’s hard to achieve a goal when our minds aren’t working properly. That’s why we should all create a self-care routine.

On Friday, February 19, I sat down over video chat with Patruni Chidananda Sastry, 29, a genderfluid dancer and drag performing artist specializing in tranimal drag and expressionism. Currently based in Hyderabad, India, Sastry goes by the name Suffocated Art Specimen and uses drag as a way to add to conversations surrounding political and social issues and movements.

Sastry has recently released their latest photo series called “Images of Tagore’s Heroines with Drag,” which is described as a way to “personify and represent the gender-neutral forms of strong women with drag and dismantle the gender binary approach to fashion.” Sastry collaborated with other artists to celebrate the complexity of the women of Rabindranath Tagore’s Bengali literature.

Sastry realized their love for dancing when they were 5 years old after watching a film by Rajnikanth. “There is a heroine—a female protagonist—and she has been rejected by the hero,” Sastry says. “This woman is so raged that she got rejected, she screams out loud and dances. So for the very first time as a kid, when I saw this, I thought if you have to show your anger, you have to dance…And since then, I kind of picked [it] up. Whenever my mom was not giving me a chocolate or whenever I was not getting what I wanted, I used to scream aloud and dance…That was…how it became a kind of an expression.”

Soon after watching the film, Sastry was put in classical Indian dance training, learning Bharatanatyam and Kuchipudi, both of which still heavily influence their dance style today. “I always [saw] my body as a kind of canvas,” Sastry says. “Literally using the body as a part of a movement—a movement is a canvas…When I pose a certain way or when I’m just posing in a different way—escalating my body into a certain form—it automatically creates a canvas. It automatically creates an art.”

When Sastry does a shoot, they allow their emotions for that day to influence the project, making room for spontaneous creativity. “I don’t want it to be something which is curated,” Sastry says. “For example, if I’m sad on that particular day, my output and my everything would be sad. That’s what I wanted—to show off true self [rather] than create something out of hiding.”

Sastry strongly believes in the concept of expressionism, which according to their website, is “a new way to tell stories of awareness to the society.” Sastry infuses expressionism into the photo series in many ways but specifically focuses on emphasizing real and raw stories that aren’t sugar-coated. “I started presenting the context of anti-beauty [after seeing how Indian art spaces love to romanticize their stories,]” Sastry says. “I always ensure that I go ahead and show my [body] hair. I don’t want to shy away from anything…We are talking about real issues, not a hypothetical story like Romeo and Juliet or any other stories of mythology. [We’re] talking about people who are right next to me who have been suffering for a lot of time, about the transgender women who are being killed, or about any of the other social causes that are happening.”

As a drag performer, a small but slowly growing community in India, it can be frustrating to deal with the clashing, transphobic perspectives. “There is a kind of deviation where people came [to shows] and said, ‘Okay, you are doing drag. This is not good…This is against our ethos. This is not something which we would promote, or this is not the correct place or why are you dressing up in the first place. You are just happy with your body. Why can’t you just do the performance how you are born, as if it should be done?’ […] That is the most regressive thing you can say.”

But the arts have also made many wonderful impacts on Sastry’s life, especially emphasizing how empowering it makes them feel. “It has given me a lot of power and courage,” Sastry says. “And that’s something which art enables anybody irrespective of whatever art it is like—music, dance, theater. So whatever art we have, it’s always something that empowers us. These are our callings. These are like superpowers, and artists are superheroes. So they don’t have wings, but they still can do a lot of things which are really important for the world.”

Sastry has a lot of plans for the future, from contributing to India’s first drag-specific blog DragVanti—which they created—and continuing with their project to start the first drag school in India to planning many more photo series. Overall, Sastry wants to spread the messages found within expressionism to people of all ages, genders, and sexual orientations.

Patruni Chidananda Sastry is a Classical Dancer, Intrapreneur, and Customer Service Expert. Patruni started dancing at the age of 7. Patruni Sastry’s unique style called “Expressionism” is a new way to tell stories of awareness to society. 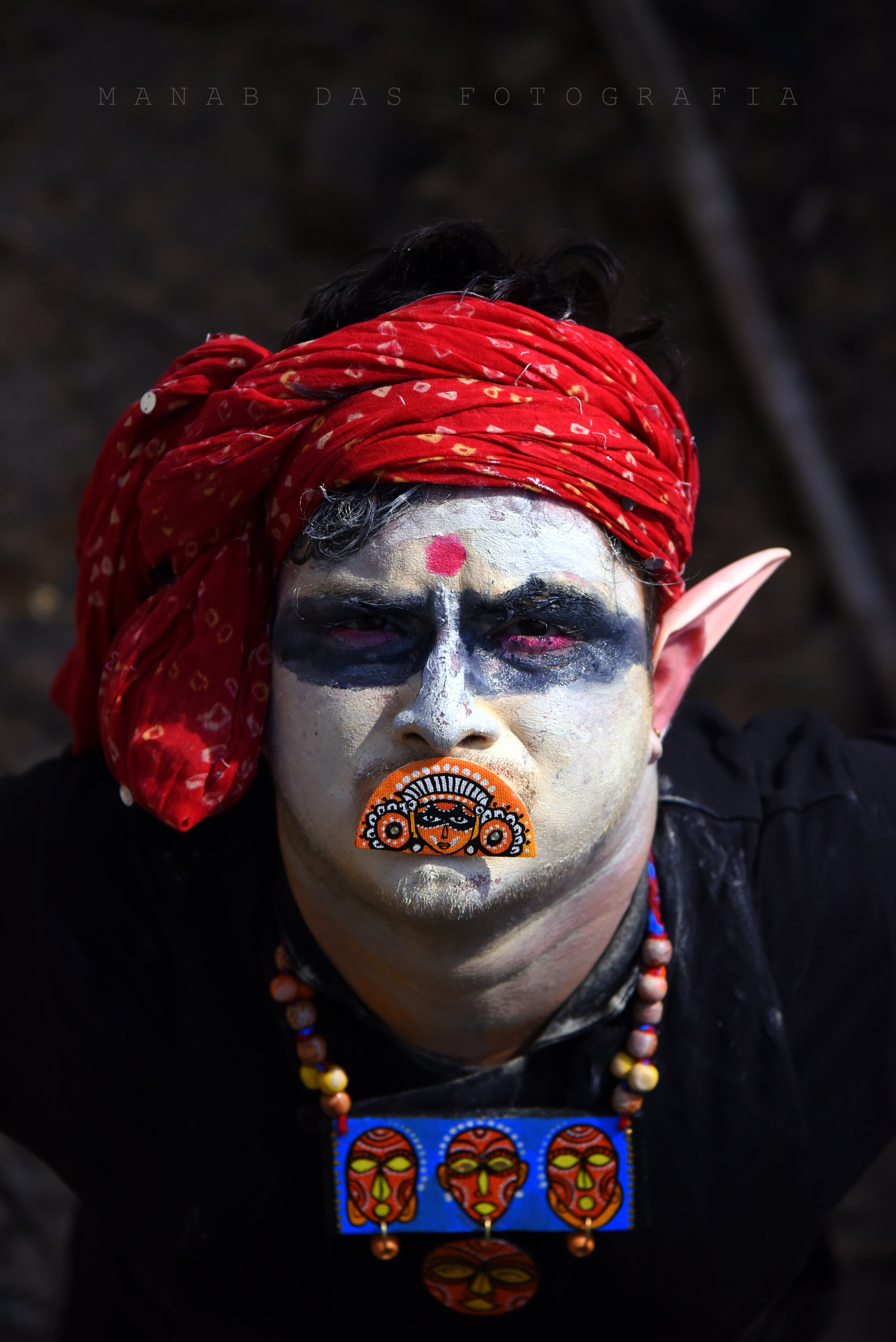 Patruni has also been performing Tranimal Drag under the drag name of  Suffocated Art Specimen (S.A.S). His style for drag brings unique footprints of the anti-art queen. Tranimal Drag Art has been given a new Indianian approach with his style. With S.A.S, he presented multiple performances in spaces like Hyderabad Lit Festival, Kitty Su, and Kitty Ko. he has also been listed as a top performer in Pink News and co-founded DragVanti, an online website for the drag community in India.