Interview with Irene Lo and Harpinder Mann, Co-Creators of the Womxn of Color Summit

Interview with Ishita Verma of Shattering the Stigma

Australia is known around the world as the ‘lucky country’, but not all of us are lucky. With ongoing human rights issues and a questionable track record in Indigenous rights, Australia has been repeatedly called to address its ‘serious shortcomings’ by Human Rights Watch Australia director, Elaine Pearson, and the wider international community.

On a lovely Friday morning, January 29, I got to chat with the ladies behind the podcast, Loudmouth Ladkis, a South Asian women-run show where the two hosts discuss issues surrounding Desi and Western culture. The two voices behind the podcast are soon-to-be college grads Saniya Soni and Sapna Ramappa. Soni, 22, is a Punjabi-American psychology and criminal justice studies major at Drexel University looking to pursue a career in clinical psychology. Ramappa, 20, is a South Indian-American Human Biology and Society major at University of California, Los Angeles, who hopes to work in  medicine, public health, and advocacy.

Both born and raised in the Bay Area of California, Soni and Ramappa went to the different high schools in the same city, had mutual friends, and a shared passion for speech and debate, but they somehow didn’t meet until mid-high school. They finally met at a Speech and Debate tournament at Santa Clara University and realized how much they had in common, and a new friendship was born. Even after both of them transferred to different schools, their bond only grew stronger as they sent each other their favorite works of South Asian art.

One summer night when they were both home in the Bay Area, the idea of the podcast came to light. They were on the way to visit an art exhibit put on by Maria Qamar, a Desi artist commonly known as Hatecopy when they started talking about podcasts.

“Sapna brought up the meme that’s like, millennials talk about something for 10 minutes and they’re like, ‘let’s start a podcast!’” Soni says. “We were like, ‘what would we start a podcast about?’ Very jokingly. We were also dressed in Western South Asian attire. We were wearing jeans and denim jackets, but we were also wearing cropped Lehenga  tops and bangles and bindis…”

When they finally got to the exhibit, the thought lingered in their minds, and what started as a joking idea turned into an exciting new project.

“We were surrounded by so many amazing South Asian women who were unapologetically living their true, most authentic selves,” Soni continues. “[We] were also in this Western society and blending those two so seamlessly. [Suddenly] we were like, ‘We’re going to do it. We’re going to do the podcast.’”

That happened in July of 2019, and by August of 2019, they were preparing the launch of the first episode of their first season of Loudmouth Ladkis. For nearly a year and a half, Soni and Ramappa have recorded four seasons of fulfilling and uplifting conversations about navigating the world as a Western Desi woman. They’ve discussed a wide range of topics, from integrating mental health and wellness into their daily lives to seeking therapy as a South Asian woman to decolonizing self-care. They’ve even started doing Q&As about themselves to allow their listeners to know more about them, who they’ve grown very fond of.

“We did a little New Year’s Zoom call with some of our listeners,” Ramappa says. “We wanted to have a very intimate setting to talk about our goals for 2021 and setting intentions for a good year…That was a really cool experience because…our goal is to create community with our podcast… It’s us talking to our audience more directly and having a little call with people who are now our friends and who live in all different areas of the world.”

From the community they’ve fostered through their podcast’s following to the incredibly touching conversations they’ve had and continue to have, Soni and Ramappa have learned a lot about themselves and each other.

“The thing I have taken away from doing this podcast is it’s given me the space to unapologetically own my identity, “Soni says. “In high school, I never felt like I was the odd one out, but I also never embraced being South Asian the way I do today. I don’t compartmentalize it in my head anymore.

It’s been a way for us to deepen our friendship. We’ve developed a bond beyond what we initially had, and [it’s amazing] also to hear from people who listen to our show and are like, ‘I really resonated with this.’ Storytelling, it’s so, so, so powerful. If what we say can make a positive impact on even one person, then we did what we sought out to do.”

Although Loudmouth Ladkis has brought up more good than bad in their lives, Soni and Ramappa also understand the challenges they have to overcome when it comes to speaking on controversial topics.

“I think one of the biggest things is by virtue of having a platform, no matter what size, but just like it being online and for a public audience means that we do have limitations in what we can say and what we feel comfortable saying,” Soni says. “There’ve been topics that we absolutely want to talk about, but we are also kind of afraid to because we know that we will get some pushback. But once again, because we do call ourselves Loudmouths, [we are always] trying to push for us to talk about hard topics.”

The ladies of Loudmouth Ladkis have truly outdone themselves by creating their podcast, and they urge other South Asian women to take control of their own voices and not be afraid to be authentic, vulnerable, and of course, loud.

“Know yourself, reflect on yourself because I think that will help you have a cohesive narrative,” Ramappa says. “Not that it needs to be, but it’ll allow you to put it in a box and put a little pretty bow tie on it. Our podcast episodes are not perfect, but I think that’s what makes them enjoyable to listen back to…Honor the imperfect.”

The fifth season of Loudmouth Ladkis, which follows the theme of empowerment, recently premiered on Thursday, February 11, and is now available on Spotify, Apple Podcasts, and Anchor. You can also keep up-to-date with the podcast on their Instagram, @loudmouthladkis.

Loudmouth Ladkis is a podcast that features conversations with two young, South Asian-American women (Saniya Soni and Sapna Ramappa), in which they discuss their experiences navigating the world with their bicultural identities. Saniya is a senior at Drexel University with a major in Psychology, and Sapna is a third-year at UCLA with a major in Human Biology and Society. Their mission with the podcast is to use storytelling as a mechanism to build community and share the narratives of individuals growing up at the intersection of South Asian and Western identities. True to their “loudmouth” brand, they utilize the art of storytelling to speak about issues otherwise stigmatized by the South Asian diaspora, especially emphasizing mental health and self-care. 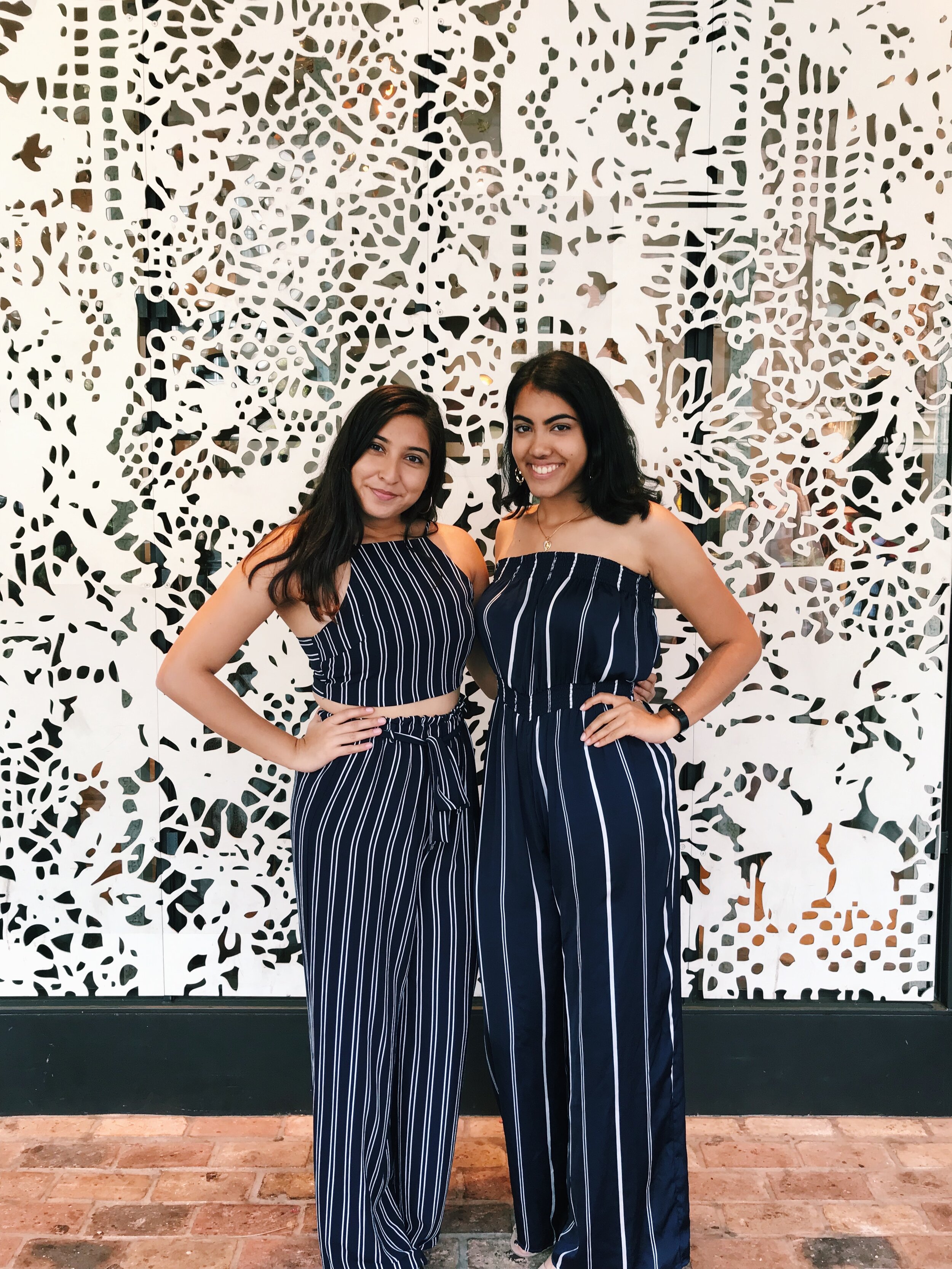 Interview with Ishita Verma of Shattering the Stigma

Interview with Irene Lo and Harpinder Mann, Co-Creators of the Womxn of Color Summit