A Conversation With Aliza, Founder of Brown Girl Beauty

As the second wave of Black Lives Matter protests sweeps the U.S. in a nationwide uprising, I have been reflecting on the shared history that brings the U.S. to this point, and the history that brought my family and me into this story.

Modern culture demands a modern rockstar. YDE (EE-dee) breaks every mold. Based in Los Angeles, the 17-year-old Australia-born and half-Filipino singer, songwriter, multi-instrumentalist, and actress rips apart convention with a razor sharp perspective, fearless honesty, and earth-quaking vocals. Her path may have twisted and turned, but it ended up in just the right place. Initially, her performance instinct translated to the screen. In between starring roles on NETFLIX and Nickelodeon series, where she received a nomination at the Kids’ Choice Awards for “Favorite Female TV Star,” she attracted a social audience of over 3 million fans and counting. At the same time, she feverishly wrote music and honed her craft in sessions. One seemingly casual session changed everything in 2019. Upon meeting powerhouse songwriter Justin Tranter [Justin Bieber, Halsey, Imagine Dragons, Selena Gomez, Demi Lovato], she not only found the perfect collaborator, but also a mentor. Tranter signed her to their label Facet Records in partnership with Warner Records. Now, she introduces her incendiary and irresistible style with her brand new singles “Stopped Buying Diamonds” and “BlindLife.”

You are someone who wears many hats – “singer, songwriter, multi-instrumentalist, and actress.”  How do you balance these?  Do they feed into each other?

As much as these hats are different, I feel they all completely feed into each other. They all play a crucial role in the story. Without one, each of the other ones fall apart in my eyes.

Your newest single, “BlindLife,” is out December 4.  Can you give us a sense of what it’s about? What inspired it?

“BlindLife” is my end of the world anthem. This song was inspired by the fires that devastated California last year and over the last few years. Last year around this time, I sat in a session racking my brain trying to write a song while also anxiously checking my phone hoping not to find out that my family home had been swallowed by flames. Thankfully, it never was. But it came terrifyingly close. I found that whole experience so bizarre. I sat there writing a song while the world around me was literally engulfed in flames. I so deeply wanted to do something about the fires, yet I continued to just write a song. So I decided to write a song about just that.

Both “BlindLife” and your debut single “Stopped Buying Diamonds” were co-written with collaborators Justin Tranter and duo Mattman and Robin.  What is the creative process like as a group?

It’s definitely a different creative process than I’ve found with other people, but it’s addictive. Ideas are being thrown around at all times, lots of Swedish conversations that Justin and I will not even begin to attempt to comprehend, and somehow we end up with an insane song by the end of the day.

Your debut single, “Stopped Buying Diamonds,” seemed to speak to older generations about their misunderstanding of Gen Z. What issues do you feel are the biggest that Gen Z faces?

I think Gen Z has inherited more than a handful of issues that are in dire need of attention. Just a few of them include learning how to deal with social media and technological advancements in terms of their impact on our mental health, and eradicating the remaining racial, gender, and class inequality. This is all while we’re facing a terribly polarized society, making it so difficult to create change, all while the health of our planet is declining rapidly.

What does self care mean to you?  How do you take care of yourself?

Self care to me is making the conscious decision to spend time with yourself, for yourself. I prioritize exercise and meditation every day as a daily self care ritual. It’s so refreshing to wake up and solely spend time with the person who I live with 24/7 rather than push her to the side for everyone else.

One word to describe “BlindLife”?

A whole lotta Radiohead and Have a Nice Life.

I’ve been told that wearing my socks inside out on a daily basis is a talent. Does that count?

What has been the highlight of your day today?

Being told that wearing my socks inside out is a talent.

What is next for you? 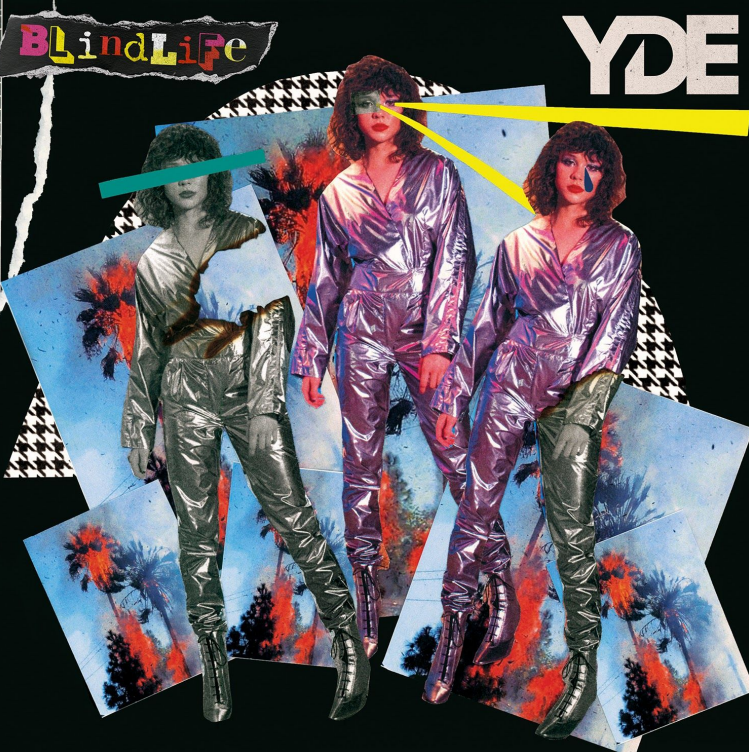 A Conversation with Suri Chan