A Conversation With Janani Sharma

On November 11, I logged into my freshly made Skype account from my Boston dorm room to call my interviewee, who was a two-hour flight away in Toronto, Canada. While I had spent my week going to class and working on papers, Olivia Cheng was on set for her newest television show.

Olivia Cheng is a Chinese-Canadian actress originally from Edmonton, Alberta. She has made appearances on a variety of TV shows and movies such as Marco Polo, The Flash, Deadly Class, and most recently Warrior, whose second season premiered on Cinemax in early October.

“Acting is my ministry,” Cheng says. “It’s a complete expression of what I love to do…It really is a reflection and so entwined in who I am…I love my job. For me, it drives so much of what I do, just because I love it so much.”

Growing up, Cheng was drawn to the film shoots that would use her hometown as a backdrop, and that excitement continues as a performer who gets to experience those sets up close.

“Each job is so different,” Cheng says. “Because the chemistry of the cast, the personalities of who’s around you, it changes from set to set… I’ve been really, really fortunate that I have experienced the best-case scenarios, where there are no egos, there are no dominant personalities that bulldoze everyone else. There is nothing but collaborative artistry and a collective mission to tell the best story possible.”

Cheng has also had broadcast journalism experience, and when asked about the similarities and differences between acting and broadcasting, she emphasized how they are different artistic forms of communication.

“Broadcast journalism was taking a lot of myself out of the public performing,” Cheng says, “whereas with acting, you have to prepare to insert all of your emotions, opinions, life experiences into work and into bringing life and dimension into characters so that by the time an audience member meets them on screen, they feel like they’re meeting a fully fleshed human being…The first couple of years I was an actor, I couldn’t say a line without sounding like a broadcast journalist…no matter what line you gave me…It was so frustrating.”

For many Asian actresses in the entertainment industry, representation is an ongoing conversation. For Cheng she believes in the importance of individual experiences and diversity in telling Asian stories, especially when they go against the model minority myth.

“I think the more people understand how varied and unique individuals within our community can be and are, it starts to break down this idea that is comfortable for white mainstream society,” Cheng says. “Right now, Hollywood is very comfortable putting us in a lab coat, and you only see us [as] exposition to solve the crime for the two white leads who are the detectives or the doctors. And you never see that Asian character outside of the morgue or the office or with a romantic life….We don’t even get to explore that….Asians have been what I call the dependable exposition giver that limits the view of all the complexities within us that make us human, that make the things we feel universal, with things other people feel.”

Cheng points out that we are on a road of progressive change in terms of Asian representation in film and television. She mentions stars like Sandra Oh and Anna May Wong fighting for other Asian women to run instead of walk and breaking the Asian women’s own glass ceiling but also brings attention to how other communities of color have helped pave the way for each other’s success.

“[It’s thanks to] Black artists like Harry Belafonte, that Asians would’ve been able to break open or into Hollywood if not for the efforts that black artists have made getting stories told that were outside of the mainstream. There’d be no Shang-Chi if Black Panther hadn’t happened first.”

As for upcoming plans, Cheng has a lot going on. Along with her new show Warrior, Cheng will also be starring in the CBS All Access limited series adaptation of Stephen King’s The Stand, which will be premiering in December. She also has her own films that she will be sending out to film festivals soon, so stay tuned!

Overall, Cheng is hopeful for her future and the future of Asian women. From finding strong friends and communities within a field she loves to introducing and normalizing hugs in her family, Cheng is passionate about learning and interacting with the world around her in the best ways she can and has gained multitudes of knowledge along the way.

“I think it’s so important to find mentors, to find people who believe in your talent, in your vision, and who understand the moments that you fail,” Cheng says. “I say that, especially because this is called Overachiever, you know? I think that there is so much pressure on us, especially as the model minorities, to overperform because that’s what gets us our gold star, and entry into a club that we’re really seeing now in the pandemic is actually very conditional for our acceptance and our place within it. Which is why I think it’s so important to encourage young Asian girls—go do what you want and go make clubs of your own.”

Olivia Cheng is a dynamic actress who stars in the HBO Cinemax series Warrior. Season 2 of the series premiered October 2nd, 2020. The series is inspired by the writings and work of martial arts icon Bruce Lee. The series is from FAST & FURIOUS’s Justin Lin and HBO Cinemax’s “Banshee” co-creator Jonathan Tropper.

Olivia was born in Edmonton, Alberta to Cantonese-speaking immigrant parents, who helped co-found the Edmonton Chinese Bilingual Education Association’s Mandarin program within the city’s public school system. She credits this for her ability to speak Mandarin and instilling a reverence for her culture.

Olivia enrolled in her first acting class at age six, and at age nineteen, she booked her first local commercial. After high school, Olivia attended the University of Alberta where she earned a scholarship and early admittance to its commerce program. Unhappy in university, she enrolled at NAIT’s Radio and Television Arts program the following year, which would lead her to a successful media career. After finishing school, she became a videographer for Global TV Lethbridge, before moving back to Edmonton to work as a broadcast and print journalist.

At the height of her journalism career, AMC was launching its original content division and came to Alberta with a Walter Hill-helmed mini- series, executive produced by Robert Duvall. They were looking for five Chinese actresses, but were willing to look at non-professionals as well. Duvall saw Olivia’s audition and asked to bring her back. She was then cast in Broken Trail, which was nominated for 16 Primetime Emmy Awards and would go on to win four, including the Emmy for Outstanding Mini Series. Broken Trail gave Olivia the push she needed; she moved to Vancouver and worked as a stringer correspondent for ET Canada, while she pursued her acting career full time.

In 2014 Olivia booked a breakout, leading role in the Netflix series, Marco Polo. The drama featured warfare, manipulation, sexual intrigue, as well as a global cast. Marco Polo set a precedent for production, as one of the most expensive television series ever produced. Olivia also recently appeared in SYFY’s Deadly Class, starring Benedict Wong, Benjamin Wadsworth and Lana Condor and the CBS All Access series The Stand with James Marsden, Whoopie Goldberg and Amber Heard. 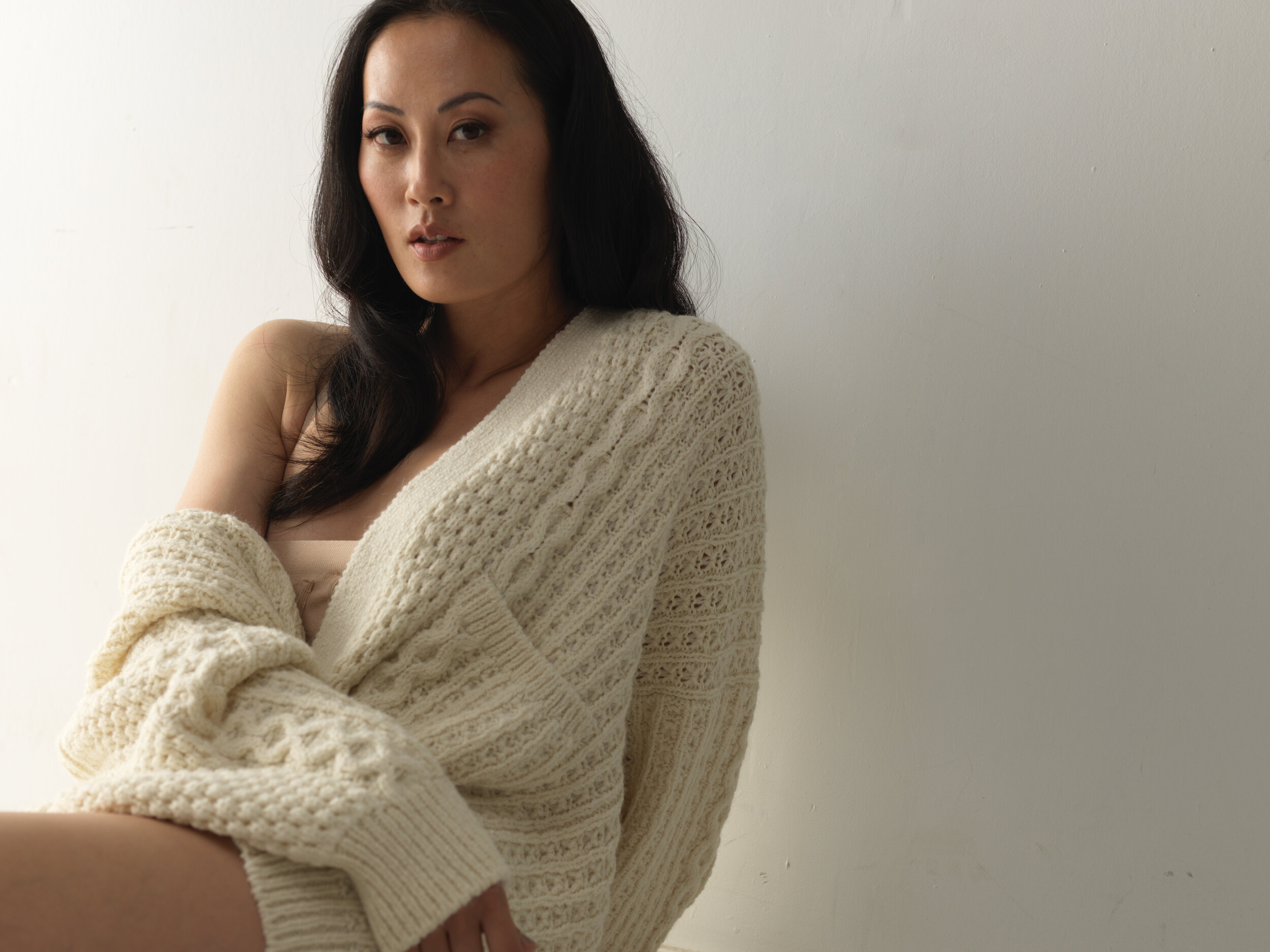