Fully Mixed: A Change in Perspective

When it comes to working and managing my finances, I’d confidently say that I have a healthy 7 years’ worth of invaluable experience.

Hi! My name is August Wahh. I’m a songwriter.

My musical journey has evolved – and still is evolving – with me, as I grow and mature. I guess it evolves as I grow up and become more self-aware. The R&B / Soul genre has always been a big influence since starting out, but I tend to explore things sonically as I take in new discoveries in life. I’d always been motivated to pursue music because of how liberating it is to express my inner world in a way that other people can vibe with.

How has your Southeast/East Asian background influenced your music/love of music and songwriting?

I’m not sure if it does, at least not consciously. But growing up with a traditional Asian upbringing, I would say that it built me to be driven and focused on goal setting. If anything, I worked harder to bring my inner world into existence. I was motivated to challenge the idea that I can’t do certain things because I’m a girl or that being a creative won’t take me anywhere. I was told writing music is just a hobby and that working a real job and getting married to start a family is the “sure way” to having a good life. That kind of upbringing affected me in a way where I became more resilient, more hard-working, and if anything, it made writing music more appealing.

Your latest single, Hue, which emphasizes the shades and “hues” of love reflected in yourself and in others. What inspired the vision behind this work?

Hue was written during lockdown, at a time when I was craving new experiences and new sceneries, but couldn’t have them because of the pandemic. And this resulted in me getting inspiration from my daydreams instead. In a way, being void of those experiences enhanced my imagination and creativity. And having the time to think and ponder on things, what came out was actually a reflection of what I wanted in my life and in my relationships. I thought about the people I have in my life and how I’m connected with them because I accept all of them, with no judgment and vice versa. I guess that’s what I was speaking about in Hue.

You also have your new EP, Vivid, that’s coming out soon. Why did you choose the three tracks on the record—what do you love about these songs?

My team and I thought the order made sense. I’m not a control freak in deciding on what order my songs should be in. When it comes to the people I work with and trust, I’m very open to ideas. I’m sitting on a lot of material at the moment, and I have my team help me piece my songs into plans, into a narrative. There were a lot of ways we saw for the music to come out, but these three stood out together as something like a short story, and we saw a kind of character development and plot progression going on, lyrically and sonically. Hearing each song individually, written and recorded, made me feel a sense of focus towards who I was becoming. “Eyes,” “Hue,” and “Press Play” expressed different realizations and showed a part of me that I met during the lockdown.

What are some of the most fulfilling things about being a part of the music industry? What can be frustrating?

Sometimes the question of value, money-wise, is a frustrating thing to deal with. Some people in the industry who book artists don’t know how to value your music, so they don’t pay you what you deserve – or think you deserve. The time and effort and love put into your art are often overlooked when it should be taken into consideration just as in any other field of work. Because so many artists are hungry to express themselves to an audience, it’s easy to capitalize on that hunger and, sadly, easy to be taken advantage of. But artists and creatives continue to strive to sustain their careers – the best thing about being an artist for me is simply being able to express myself freely, celebrate my creations on stage, and share that sense of liberation with others around me, with an audience that’s tuned in.

Who are some amazing Asian female artists you want our readers to check out?

You guys should check out Grace Nono and Armi Millare – these women have a voice that they use so powerfully. I also love Yaeji’s productions and .gif’s lyricism. I’m finding more and more artists from this region, as more platforms and projects make music-digging more accessible.

What do you think are the biggest challenges facing Asian women today?

From a Filipino passport-holders perspective, I’d have to say immigration is still a challenge! When it comes to my music, I feel it’s still hard to be taken seriously sometimes. Other issues I see women are tackling today have to do with outdated, problematic laws that oppress women. So I feel like a lot of the work is in breaking traditions of older generations.

Do you have any advice for the young Asian girls who want to pursue a singing career?

Be willing to go the extra mile. Pursuing your passions isn’t an easy ride. Let each experience teach you to be better and grow thicker skin. You’ll need it. Work smart and set goals.

Most importantly, for artists that write music like me, just play and remember that boredom is your best friend.

Unlimited possibilities! We’re already working on releasing more music and expanding into more creative outlets. At this point, where the world is shifting, everything can be exciting. 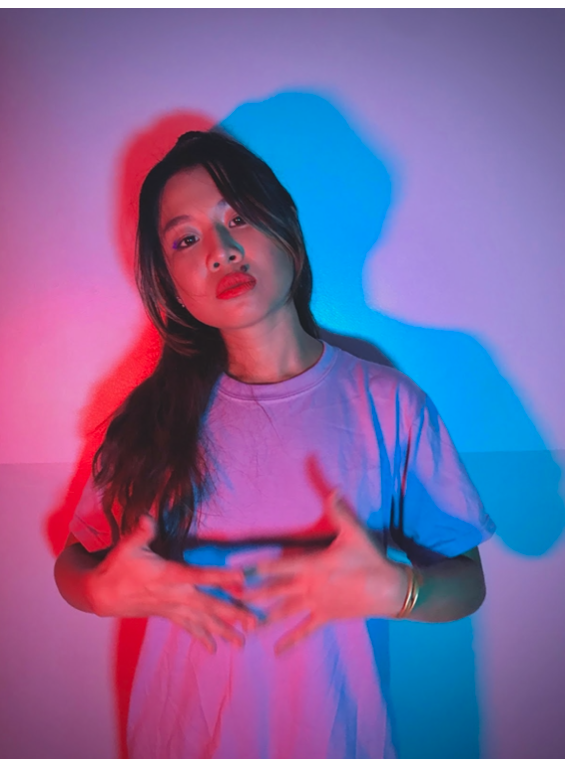 August Wahh debuted in the late 2000s and has since become a force in the Philippine music scene, opening for the likes of Daniel Caeser, RAC, and Erykah Badu.

Born and raised in a militarized province in the southern part of the Philippines, August grew up around nature and danger. Being half-Filipino, half-Chinese, and identifying as Bisaya, she moved to Manila in 2007 to pursue her passion and calling in music and brought her a unique worldview shaped by her multifaceted upbringing experiences. Over the years, she has collaborated with a diverse selection of musicians from around the globe.

As a songwriter, she finds inspiration in the synergy of chaos and serenity, the brilliant and mundane. She constantly strives to convey the human experience in her art. Her 2019 EP with renowned producer crwn is a melodic story called Labyrinth about bringing oneself out of a dark place, keeping your cool, and keeping it real.

Following her first solo single release “Know What I Want” in December 2019, August Wahh played her first international festival, Wonderfruit Festival in Thailand. In 2020 she was chosen as one of 36 global emerging artists on the 2020 Spotify RADAR program before releasing the single “Elated” in April—an uplifting rumination during a time of uncertainty. She has since been on a trajectory to reach a wider audience. Her latest single off the EP’ Hue’ is a track that transcends genres and entangles the senses.

August is set to release a new EP “Vivid” in the next few Fridays, which was announced along with a digital diary Tapes from Vivid —a web app that glimpses the production and artistic process of her upcoming music.

Previous
The Mixed Issue: Female Gaze
Next
Half Ostrich