Hello! My name is Kara (Kar-uh), and my pronouns are she/her/hers. I live in Los Angeles byways of Sugar Land, Texas. I graduated from UCLA in 2016 (go Bruins)! I am an activist, comedian, and health educator. I identify as a queer, trans, and Taiwanese-American woman.

What made you want to pursue comedy in the first place? Is there a specific memory that is connected to that initial ambition?

Being pretty was already taken on YouTube and Instagram, so I had to be the funny one! Just kidding. As a queer and Asian-American transwoman, I never saw myself represented growing up. No one was telling my story, so now I am. Performing stand-up is a love letter to myself, a way to empower myself through pain and laugh at the absurdity of life. All humor comes from pain, and without a sense of humor, we aren’t going to get very far in life. Ali Wong’s comedy special “Baby Cobra” was what inspired me to start performing. An audience watching you in the spotlight as you talk about whatever you want? Sign me up! Seriously, it’s cheaper than therapy.

Who are your most profound inspirations in comedy and everything?

Ali Wong is my ultimate comedy inspiration: an Asian-American female comic hustling in Hollywood with child to boot. She taught me that the best way to connect with people is through the power of laughter, however crude. Margaret Cho was also a big inspiration for me. Growing up in Texas as a queer kid in the early 2000s, I was starving for a sense of queer culture and community, and she definitely gave me my fix. Other inspirations include Michelle Obama, AOC, and of course, Britney Spears. If Britney could make it through 2007, I can make it through today.

How would you describe your typical stand-up show? How do you brainstorm ideas during the writing process?

My stand-up is largely drawn from my lived experiences as an Asian-American transwoman. In recent years, being trans has been both a hot topic and a taboo. Many straight and cisgender comics take cheap shots at the trans community to be edgy without consequences. I perform stand-up to hold people accountable and say, “I’m going to call you out on what y’all are thinking but afraid to say, and we’re going to laugh about it.” I go in for the jugular and don’t mince words. On paper, an Asian transwoman is not very relatable. I take my daily struggles, embellish them, and do it with a smile and a wink. I play off of society’s often misguided perceptions of trans people and don’t take myself too seriously. I’m in the driver’s seat of my comedy show, and I take the audience along for the ride. At the end of the day, we are all aboard the struggle bus, and we are not as alone or different as we may think.

What are some of the most fulfilling things about being involved in comedy? What can be frustrating?

I love getting to put a face to an issue through my comedy. Many people have never knowingly met a trans person. In performing stand-up, I am humanizing an entire community to the world. I am giving a voice to a community that has been systemically silenced. I am in a powerful position of being able to open minds and hearts. That said, with great power comes great responsibility. There is an enormous pressure to represent the community of my intersectional identities. There is an unspoken expectation that LGBTQ and people of color comedians perform material centered on their marginalized identities.

Moreover, Hollywood and comedy are not exempt from politics. Diversity, representation, and visibility are not enough by themselves. LGBTQ people, people of color, and women are the most visible they have ever been, yet they are not recognized or compensated equally compared to their white, straight, cisgender, and male counterparts.

What do you consider to be your greatest accomplishment?

My greatest accomplishment is having made it this far. I grew up in Texas, getting death threats with people telling me that I was never going to amount to anything, that I was fated for failure. I am living proof that in the face of adversity, you can thrive and prosper. I get to be the hero that I didn’t have growing up. If we leave the world the same way we left it, we haven’t done our job. I’m a fighter each and every day, fighting for my right to exist in a world that says that I shouldn’t. Existence is resistance. Love is Love. Trans Lives Matter.

What do you think are the biggest challenges facing Asian women today?

Exoticization, fetishization, and stereotypes – oh my! The challenges facing Asian women today are deep-rooted in racism, sexism, and xenophobia. Asian women continue to face mischaracterizations as being docile and submissive. These stereotypes, paired with the Model Minority Myth, erase the diversity of the Asian diaspora. Furthermore, the COVID-19 pandemic has brought back Yellow Peril and anti-Asian prejudice that never truly abated.

Do you have any advice for all the Asians gals and nonbinary pals who want to pursue a career in comedy?

How to Be Indian (Lessons Learned from the Screen)

You have a story worthy of being told. Make your voice be heard, and never apologize for being who you are. There is a seat for you at the table. If there’s not, Asian squat and make your own seat. Write, revise, perform, and repeat. Bomb freely and often: that joke you came up with at 4 AM probably sounded better on paper than at the open mic. And remember, to stand in front of an audience and share your truth is perhaps the bravest thing a person can do.

Look out for my interview with the On Your Gaydar podcast, which will be available on Spotify, Apple Music, or wherever you get your podcasts! 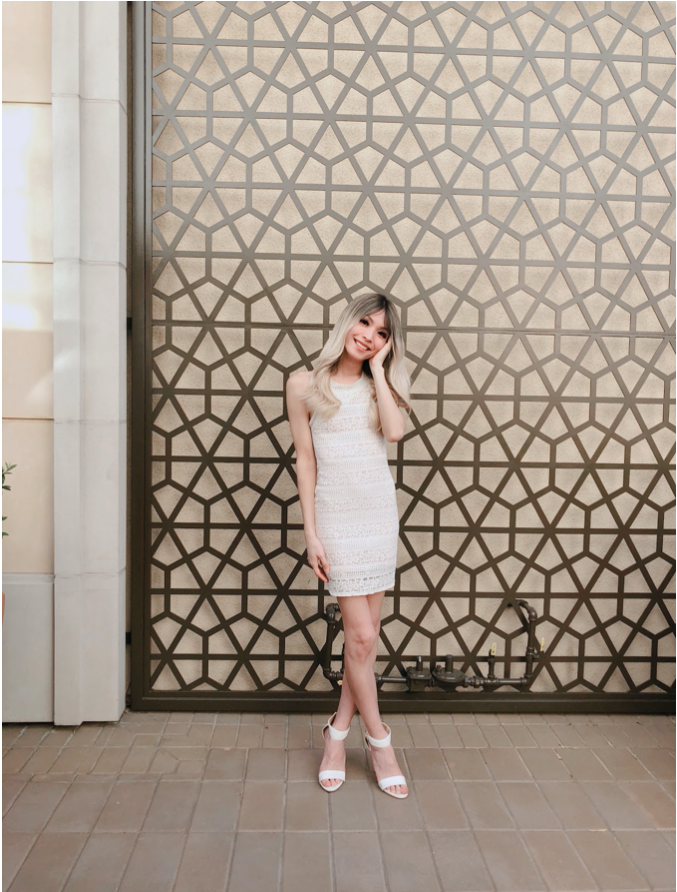 Kara Chang is a queer, trans, and Taiwanese American comedian. Born and raised in Sugar Land, Texas, Kara graduated from UCLA in 2016 with a degree in communication studies and double minors in Education and LGBT Studies. During her time at UCLA, Kara was credited as the first openly transgender resident assistant in UCLA history. In 2017, she was the first runner-up for Miss QUEST, a transgender advocacy pageant. Kara now works for the Los Angeles LGBT Center as a health educator, where she serves homeless LGBTQ youth and also performs as a stand-up comedian. Kara has shared her story with audiences upwards of 8000 people and was most recently a finalist for the Uncle Clyde’s Comedy Contest for Flappers Comedy Club in Burbank.