A Letter to my Long-Distance Love, Asia

Jade Ma is an English actress based in Vancouver. She was born in Hong Kong to a British father and Chinese mother. She made her professional TV acting debut in the 2018 Christmas comedy film Surviving Christmas with the Relatives as Soon while also rehearsing for the UK/International Tour of Miss Saigon. In 2019, she was cast in the upcoming film Black Widow. She also stars as Sky Tyler in the Netflix series Zero Chill.

Pick-me. It’s a term most are familiar with at this point regarding women. Most often, it’s used to describe girls who desperately seek attention from men for validation, wanting to “be picked.” This ideology often comes with internalized sexism and the shaming of other women which unsurprisingly makes it frustrating for other women to encounter this sort of person. So when a girl says, “I think women should clean the house and make dinner for their husband”, it won’t come as a shock when they’re called a pick-me girl. Like all terms, it’s developed from and adapts with our society. Hence, why you might see a pick-me comment under an Asian person’s post when their caption is “People need to stop taking the fox-eye thing so seriously, it’s just a joke.”

This modernization of the expression is used in a racial context where rather than concerning the relationship between a woman and a man, it’s BIPOC trying to get praise from the white community. Often this includes downplaying situations where white people are demonstrating racist conduct/micro-aggressions, making excuses for these actions, or claiming others are too sensitive about it. Social media culture enables this type of rhetoric to be shared on almost all platforms, notably targeting younger audiences, allowing those with pick-me tendencies to be widely recognized. Although the conversation about the harm this causes could go on endlessly, I want to discuss the main issues with this behavior when dealing with race in 2020.

The most obvious consequence of BIPOC acting as a pick-me is their role in normalizing racism for the benefit of the white community. You’ll hear the phrase, “But I have a (insert minority here) friend, there’s no way I’m being racist” tossed around. It’s a weak excuse for white people to justify any racist behavior saying that it’s acceptable since their friend thought it was all right. Pick-mes are ideal for the role of the token minority friend since they often fall in line with racist beliefs used against their own community. This might be presented through them taking the side of their white friend, again to seek validation, rather than calling them out for it. When discriminatory or hateful actions are left unchecked, it condones the increase in casual colorism, stereotyping, and microaggressions. All are gateways that have significant potential to lead to intensified racism, resulting in risking the safety of BIPOC (too well known are the threats, assaults, hate crimes, racial profiling, etc minorities are still facing).

2. Oppressive Groups Use Them as an Example of what a Marginalized Person Should Be

It shouldn’t come as a shock when a racist sees someone who’s BIPOC agreeing with their racist beliefs, they’ll jump at the chance to take advantage of them as a model for the rest of the community. Why wouldn’t they want support from those they’re oppressing? It gives them a perfect opportunity to use this other person as a shield to defend whatever they’ve done, while the media gorges on any bit of encouragement they can get from a BIPOC person. I’m sure the issue with this is quite apparent, but for those who’ve had the privilege of never witnessing this happen in real life, it’s more often than not a gross misrepresentation of the greater community’s view of the situation. Take Candace Owens, a Black conservative author most famously known for her pro-Trump activism. On June 3, she took to Twitter in a 17-minute video giving her thoughts on George Floyd. I personally don’t believe everything she said was horrendous and that’s up to you to decide, but I can say, her arguing, “Everyone is pretending that this man lived a heroic lifestyle. We are embarrassing in that regard. Nobody wants to tell the truth in black America. Our biggest problem is us.” is disgusting in every way possible. In her statement, Owens portrays George Floyd as a violent criminal who shouldn’t be acknowledged as a “martyr” for the Black Lives Matter movement. Altogether neglecting to mention that he was also a father, also a human being. As much controversy as her video stirred, many far-right Republicans predictably used her position as a way of saying this is what all Black people should be responding to which is as removed from the truth as it comes. It reinforces the idea of certain BIPOC as “one of the good ones” or reasonable, only if their opinions coincide with a white person’s narrative.

3. Pick-me Trends can Formulate Early On

When being raised in an area where the majority of your peers don’t look like you, BIPOC more often than not conform to those they’re around. This method of imitation is used as an approach to fitting in and avoiding racial tensions. It can be done subconsciously, for instance code-switching between languages, or purposefully like bringing a sandwich to school compared to a homemade dish people will ask about. For some, this behavior is so ingrained as a result of the environment they’re in, it becomes second nature to want to change themself so they’ll appeal to their peers. At some point a line is crossed from wanting to blend in, to actively chasing after their approval. Being conditioned to conform leaves a long-lasting impact on adolescents who are the most susceptible to social pressure and lack experience in this matter. Therefore enabling “pick-me” tendencies, sets a harmful precedent in terms of how to handle racist or uncomfortable situations. If we refuse to even acknowledge how offensive something is, how are youth expected to identify racism, colorism, etc., much less respond to it?

In my opinion, the most horrific product of acting as a “pick-me” is the internalized self-hatred it encourages. The desire for validation from the white community is not uncommon and I don’t think it’s untruthful to say most BIPOC have at one time or another, wished for it themself. So to see a person in a minority community cast away their self-value and respect for their own culture, I find it profoundly sad. Some are brought up to demonize their race and traditions while others grow into the ideology. Either way, they’re doing what they feel is necessary to tear down their own people in an attempt to achieve this unattainable dream. It’s difficult to realize that no matter how much you act like white people, talk like white people, think like white people, there will always be one who will never see you as an equal. Most come to accept this despite its complications and learn to appreciate everything that comes with their race without the need for approval from anyone else. The unique thing achieved through “pick-mes” is the perpetuation of racism from one of those it affects the worst. 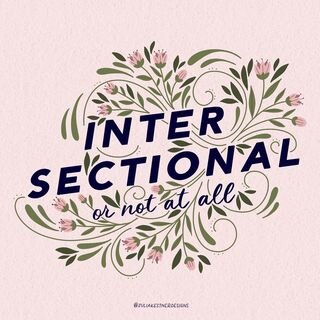 What we’re now left with is the question of what are we going to do about it? I hope I’ve made my point clear that “pick-mes” are simply another outcome of modern racism. The huge factor they play in continuing to defend prejudice should be seen as an example of what internalized racism looks like in the world today. They are an example of what racism has done to generations in the 21st century who are still not truly free in America. How can BIPOC truly be free when some are still being taught to despise where they came from, what color their skin is, who they are? At its core, “pick-me” ideology is something made of ignorance and self-interest, but it’s also made of fear. Fear inherited from ancestors locked in chains, and that fear is what’s experienced by millions who continue to fight it every day.

Previous
Interview with Avanti Nagral
Next
Japanese Spies in America! It can’t be true.