Independence Through a Virtual Lens

Hi! My name is Tiffany Phung and I’m a marketing strategist by day and photographer by night. In between that, I curate baking tutorial videos on TikTok (@tiffawny) just to get myself out of my comfort zone. Growing up, the only thing I made were chocolate chip cookies and they always came out AWFUL, so I wanted to perfect my cookie recipe as well as to learn how to make other baked goods to avoid having to purchase it (Seattle food is wildly expensive!). I also enjoy traveling and exploring new places to learn to appreciate histories and places outside of my own. However, with the current social climate (COVID, masking up, travel concerns), it’s just safer to wait it out and stay indoors to work on other things I love such as my marketing & photography portfolios.

Please share your personal experiences and anecdotes relating to culture, social impact and community living in Olympia, Washington as an Asian American woman.

I’m Vietnamese and grew up in Olympia, Washington. Growing up, Olympia was a predominantly white town – there were Vietnamese folks here and there but all the kids were either way older or way younger than I was. I tried joining my local Vietnamese Catholic youth group as a pre-teen but was heavily rejected since I joined at a later age than others, came off as too “whitewashed,” and “not Catholic enough” even though I was only 12 years old. I remember on the first day, the group leader for the blue scarves (who was 13), told me I didn’t belong with them even though I was assigned to that group specifically and it immediately set the tone for how I would be treated my entire time there. From that point on, I stayed in my lane and devoted my energy into assimilating with American, mostly white, culture. I tried to fit in as best that I could, getting into Hip-Hop & Rap music as well as watching mainstream TV shows like Glee and New Girl. For the Asian guys at my schools, it was cool to be Asian because they have “character” and “culture” but for me as a girl, I was weird and “different.” It took me halfway through college to fully realize how wrong it was to reject my own culture and identity and slowly worked my way back into embracing all of the things I had given up on. It also helped that Pho became a massive trend at the same time so I was forced to eat my own culture’s food with my friends anyways…

I personally discovered your profile on TikTok on my #fyp feed through your macaron tutorial videos!! You have over 32,000 followers and 1.6+ MILLION likes which is an incredible feat!! What inspired you to create your TikTok platform?

I honestly made an account to save a username and it was initially taken. But I came back late 2019 because I decided I wanted to document my photography and the ‘behind the scenes’ aspect of it. At the same time, I kind of liked the idea of posting about random things I was already doing such as baking cookies and making a Youtube beauty guru style tutorial. As soon as one of my videos went “viral,” I was hooked.

You’re also a photographer and a creative marketing strategist. Is TikTok something you intentionally pursued to further your skills and develop your portfolio?

Yes it definitely was – when I came back to document my photoshoots, I wanted to use it as a way to display my portfolio in a more personal way – from how I shoot to the final product. Then it ended up getting focused on my hobbies such as baking and eating random foods.

I love his energy. He is so likable and I’d definitely want to be his friend. Also if he wants to do a baking collab I’m here for it!!

In addition to your baking tutorials, you also share a lot of videos voicing your support and advocacy for Black Lives Matter and eliminating racial injustice/discrimination. What inspired you to use your platform in such a way?

I grew up being the kid that was always subtly bullied with racist comments. I thought it came with being Asian when I was a kid but grew up to realize how wrong it was. But then I saw how my mom reacted to me having one Black friend in high school, and how she immediately told me to stay away from “certain people” because they could bring “trouble”. It made me realize just how much privilege I had and how deep anti-blackness ran in the Asian community. I know she had the best intentions for me but automatically assuming something like that is dangerous. I wouldn’t want people to treat me that way if the roles were reversed.

Many Asians (including my parents & family) live with the mindset that “if it doesn’t affect me, it doesn’t bother me,” but something about that just never sat right with me.

When I started seeing Asian-American people posting anti-Black videos on TikTok, I couldn’t just sit and let it go. I made a video calling them out and pointed out how often Asians want acceptance from White people, essentially to hold up the “model minority myth,” so bad that they will do anything at the cost of other POC’s (especially BIPOC) just to get it. I initially saw these videos on Twitter & shared my opinion on my Twitter but then realized TikTok would be able to reach the right audience just because of #FYP and its algorithm that would’ve pushed my content out to the Asian community to directly address the problem.

From that point, my platform was still growing because of my baking videos and I just felt with a younger audience as well as Asian/POC community by my side, it was my responsibility to continue posting about systemic racism/anti-blackness and the importance of solidarity between people of color.

What do you consider to be your biggest accomplishment?

My biggest accomplishment is definitely building my photography business from the ground up with no money. I spent years saving for my current camera and took my dad’s Costco camera everywhere with me to photograph adventures with my friends and eventually, I booked enough clients to upgrade, then photographed concerts, traveled for work, and built some great friendships with people I really looked up to!

What’s next for you? Future plans? Any exciting new projects?

I’m not sure yet, it sort of depends how this pandemic pans out…

But this summer, I hope to build my portfolio to attract my “dream” clients including adventure seekers, travelers, & lifestyle brands. I already have a few shoots planned with friends and couples that I know from my hometown in the upcoming weeks which I’m SO excited for! After summer, I really hope I get hired somewhere for a full time content marketing position because I’m turning 23 soon which means the bank account fees are about to roll in… 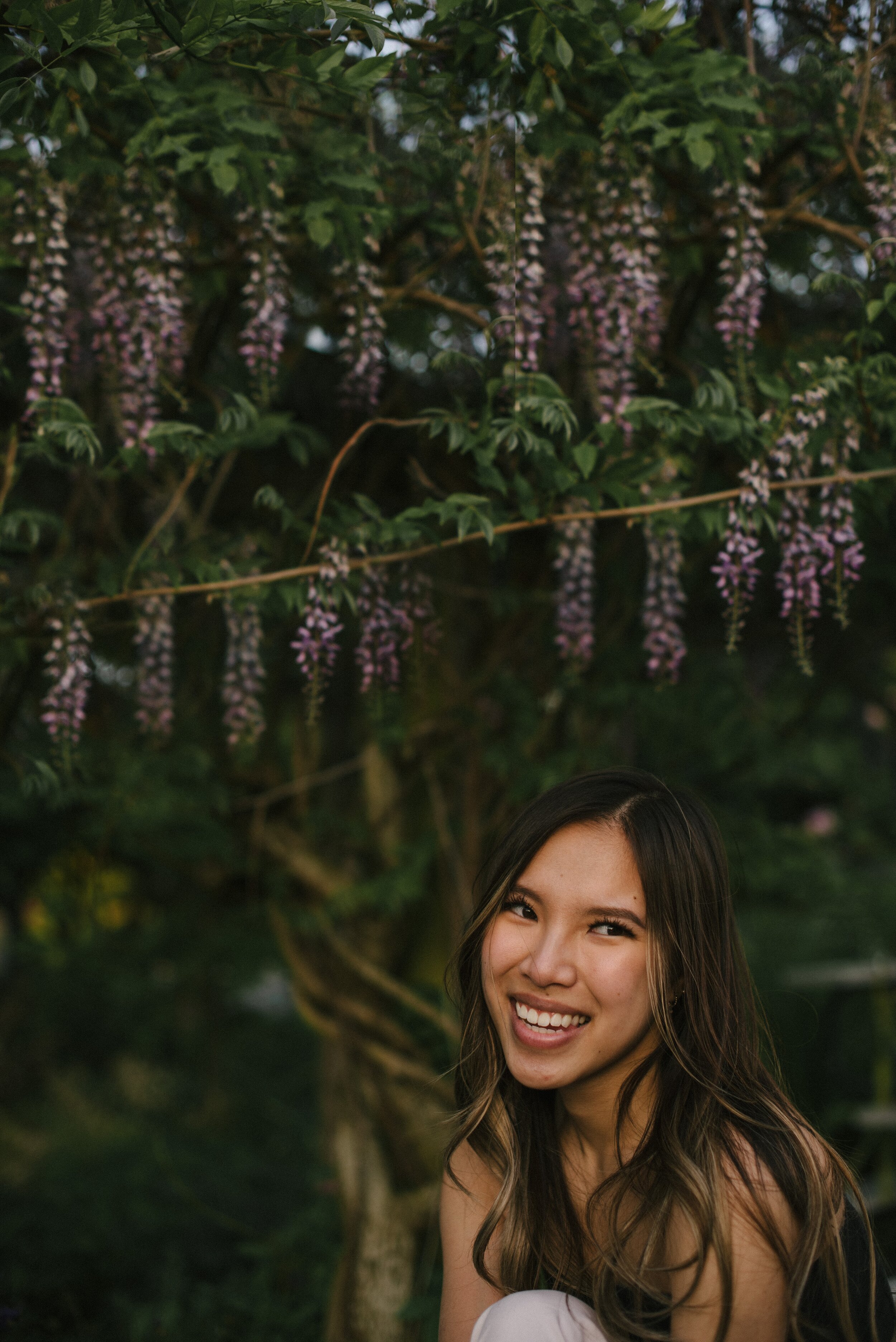 Tiffany Phung is a 22 year old TikTok Influencer, Content Marketing Strategist and Lifestyle Photographer who loves traveling, trying new foods, and dabbling in music and photography. She strives to inspire young Asian-American girls not to be afraid of challenging the status quo by advocating for themselves and pursuing more creative aspirations.

Learn more about Tiffany at: https://www.tiffanyphung.com/about

Check out her marketing projects and photography work at www.tiffanyphung.com