Recently, I was explaining to my Indian mom about Pride Month and the LGBTQ+ community. She started passing snide comments such as: “Oh yeah, those abnormal people.” I don’t know how to make her understand!! Why is this so difficult?

How can I help her try to support these communities more and not be so judgemental?

Ahh, the quintessential case of a strict, conservative, and culturally bound Asian mother. To give you my take on it, early generations are unequivocally accustomed to the traditional values and religious/cultural norms they’ve grown up with. Many of our parents, especially those of Southeast Asian backgrounds, are firm believers that LGBTQ people promote a repulsive and abnormal relationship between two partners of the same gender. In fact, same-sex marriage wasn’t legalized in the U.S. until 2015 and still remains illegal in most Asian countries such as South Korea and India. With this historical and cultural context in mind, it’s arguably natural for our parents to instinctively voice their opinions against homosexuality, transgenderism, and other LGBTQ rights.

In reality, they’re simply unaware of what it is to be criticized and discriminated against for being one’s true self. It should be emphasized that having a different sexual orientation should not exclude LGBTQ members from being treated with respect!!

Obviously, trying to sway your parent’s opinions and changing their mentality is easier said than done, but the first step would be to try to change their common misconceptions about what Pride Month entails and what LGBTQ means. You can try to make your parents realize that the rumors and negative perceptions they’re accustomed to are false myths. Here is a great list of resources from GLAAD (Gay & Lesbian Alliance Against Defamation) where you can learn more about the community and pass them along to your parents. 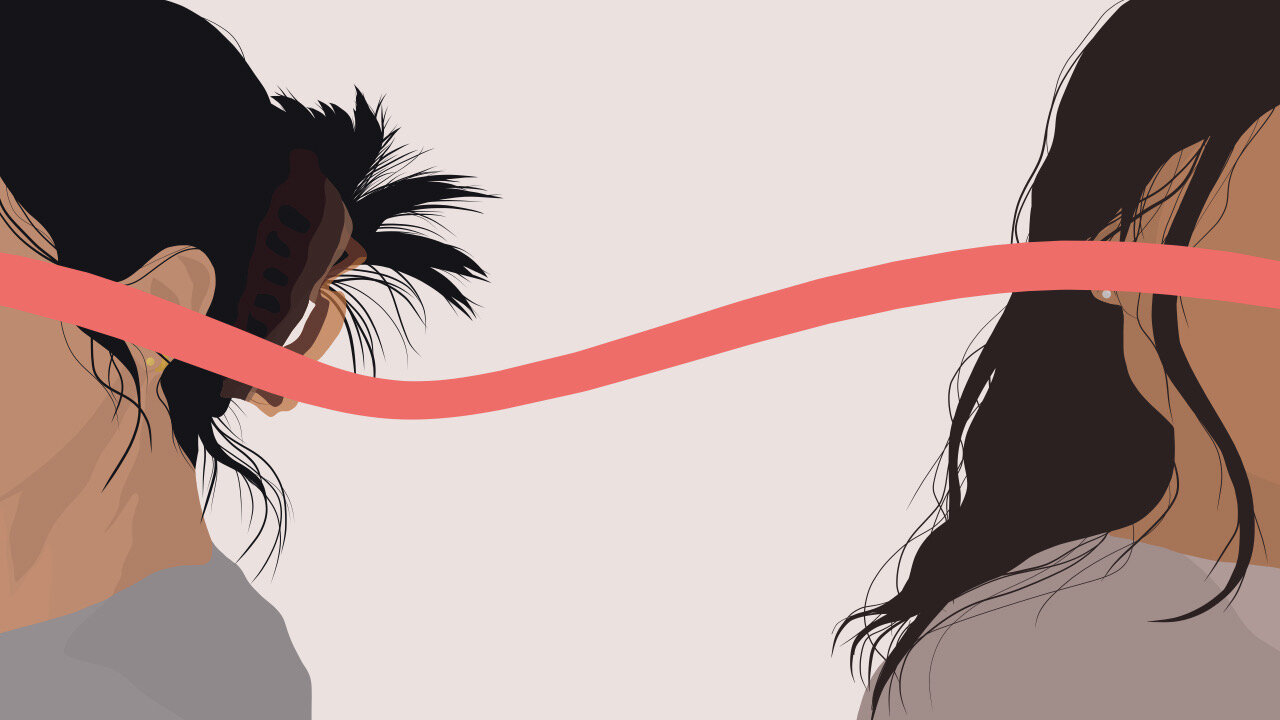 I’ve been in previous sexual relationships with only men, but I don’t think I would mind having a sexual relationship with a woman. I have been attracted to women before, but I cannot 100% say that it’s sexual. I mean, it’s the same kind of attraction I feel towards a man, but it automatically turns into a sexual attraction in my head. I think that society has conditioned our minds in a way that if a woman finds a man attractive, it’s sexual attraction, but if she’s attracted to a woman, she needs to question her orientation. And right now, I’m questioning mine! I just find it weird because if you like someone, you like someone, right?

How would I know if I’m truly bisexual or not?

According to this helpful resource, understanding your sexual preferences and finding a ‘label’ that fits best with how you identify can take time. In other words, it’s completely normal for you to constantly be questioning your orientation and there’s by no means any pressure for you to abide by societal norms and try to fit within a certain mold.

To help answer your question, Bisexuals aren’t simply tied to one form of attraction. They can fall in love with a person, regardless of gender. The person, a Bisexual individual, falls in love with is much more than what gender they identify with. Also, Bisexual people don’t need to have sexual experiences in order to be considered bisexual, so it’s typical to identify as bisexual without being involved in a sexual relationship with a woman. You raise a good point by saying that there’s this common misconception that when a woman is attracted to a man, it’s considered sexual attraction, but when she’s attracted to a woman, she needs to reclassify her orientation. My advice to you is to stay true to the concept of falling in love with someone who you truly admire, regardless of whether it’s a man or woman. Don’t try to confine yourself into certain molds or societal expectations because love is love!!