A Paradigm Shift in Events

Technology has a prominent presence in the world we live in and the world that we could live in. It’s everywhere from in our pockets to on the moon, and it continues to shape the way that we learn and communicate. My first introduction to this world of endless possibility was at the happiest place on earth, Walt Disney World.

I started this account in April of 2017. I had been an admin for a couple months, but due to differences of opinion, I decided to start my own account where I could be in charge of what kind of feminism to teach.

What is the most positive comment you’ve ever gotten?

The most positive comment I’ve ever received was from a follower who had very conservative and racist upbringings and had found my account. They told me that my work changed their entire worldview and that they themselves had become a feminist!

What is the most negative comment you’ve ever gotten?

I’ve received several death threats over the course of my account. When possible, I contact their parents and let them know. I don’t generally get the same troll twice.

What do you think the biggest issue facing Asian women today is?

The biggest issue facing all Asian-Americans is combating the model minority myth. The MMM essentially states that Asians are the “perfect” example of pulling ourselves up by our bootstraps against white supremacy and thriving within our oppression. We are often overlooked as people of color and outcasted by our POC brothers and sisters. However, specifically for Asian-American women, we face the common stereotype of begin submissive, quiet, and obedient. People are not used to us standing up for ourselves and being loud. It’s time to carve out a piece of equality for us!

Who do you think are some Asian women making a positive change in the world?

A friend of mine, Jackie Fernandez, is an Emmy-winning TV host who has called out many problematic people in her work. She often gives me advice and has greatly inspired me. The actress of Fresh Off the Boat, Constance Wu, has made an impact in the Asian-American community by playing a Taiwanese immigrant and giving Asian- Americans much needed representation and a character to relate to. Lastly, Senator Maizie Hirono has fought hard for us to have a voice. As an immigrant, she knows of our struggles and has used her place in the Senate to lead the war against the confirmation of Judge Kavanaugh.

What do you think is a common misconception about Asian women?

I think the biggest misconception is that we are submissive and quiet. It surprises people when they find out that I can be loud and I will speak up against in justice.

Did you have any goals when you were starting this account? Do you feel you have met them?

When I started this account, I didn’t think anyone wanted to hear what I had to say. As my platform grew, my goal became to educate people through wit, sarcasm, and laughter. I feel that I have not yet met my goal, because America is still falling apart.

What advice would you give to girls starting activist accounts?

Go for it! We need girls who are not afraid of fighting for what they believe in. Everyone is always learning, so when people give constructive criticism, be sure to keep it in mind. Don’t be afraid to apologize when you’re wrong, but at the same time, don’t be afraid to stand up for yourselves. Remember why you started your account. It’s good to look back every once in a while to help you stay on track.

How do you filter out negative feedback?

I do my best to read and delete ignorant and negative comments. People who want to “debate” usually read my rules and decide not to, because I charge $10. This probably is going to sound pretty immature, but with trolls, I generally send memes.

Lastly, what is something you’d like to see this magazine accomplish?

I would love for more people to submit their stories! I hope that this magazine grows to be one that many Asian Americans will recognize! Thank you for this opportunity for me to share my story with you! 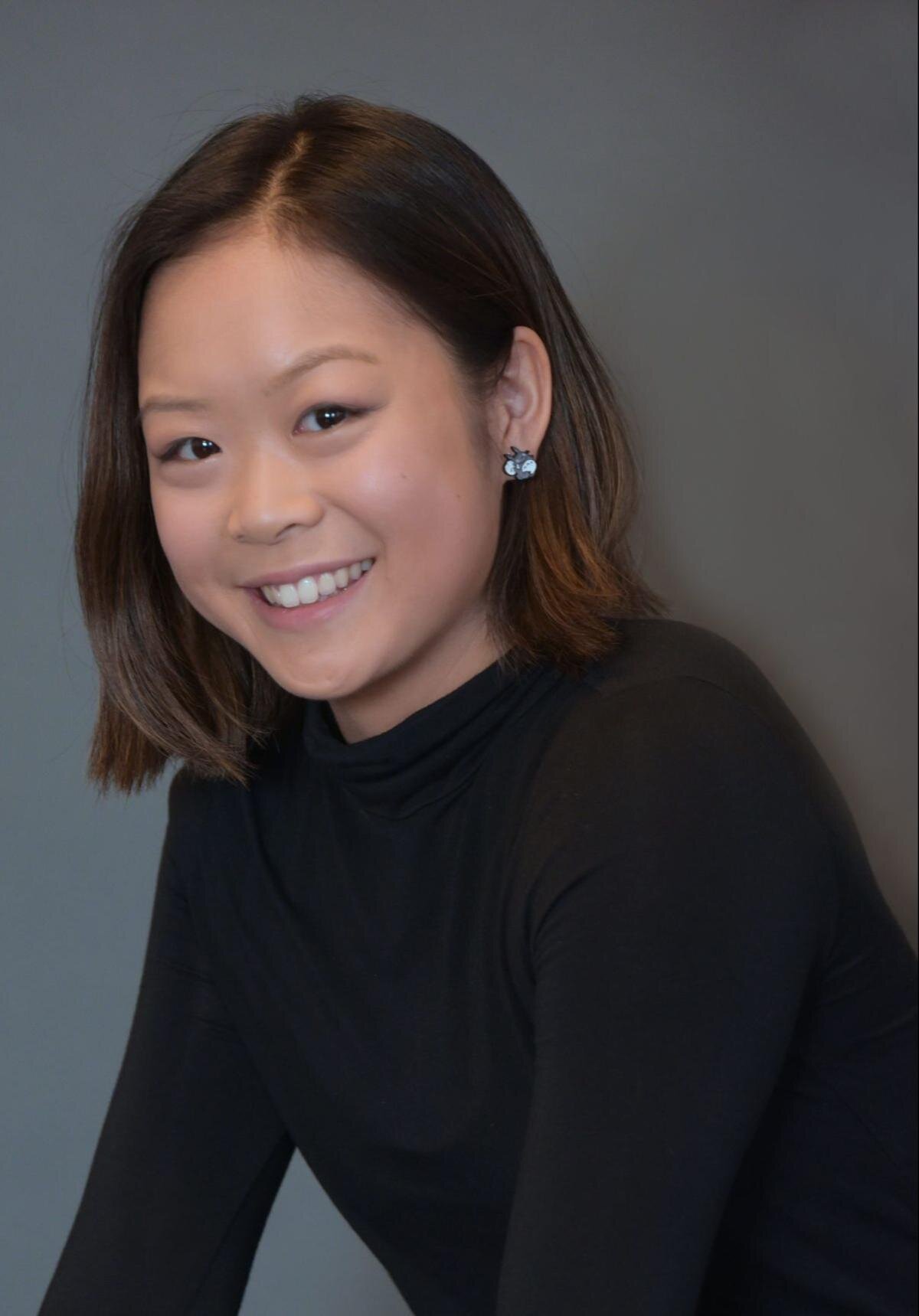 Emma Tang is a 16 year old girl from Colorado who is proud of her Chinese roots, loves figure skating, and runs a wildly popular activism Instagram account @intersectional.abc.

Looking forward: Emma wants to pursue her fierce passion for social justice by running for political office one day, but first: a double major in political science and biology. We can’t wait to vote for you, Emma!